Two newcomers are among the 20 calypsonians who have secured a spot to compete in the 2023 Calypso semifinals  Competition carded for Saturday, February 4th.

They are, bouyon artist Gael Jno-Baptiste known in the entertainment scene as Trilla G with his rendition, “Dick-taylor-ship”, as well as popular singer, Joy Stoute, with a calypso entitled “Silence of My Friends”.

The show was held before a packed crowd at Windsor Park Sports Stadium Forecourt on Saturday night.

Those who failed to get the judges approval were: Lady Esse, Vigilante, Royette, Sour-Sour, Luchious, Jamma B, Third Eye, Danyan and Inciter. 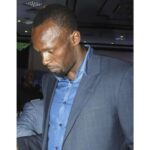 Bolt sparks concern in Jamaica, but T&T not as worried
Next Article