(INEWS)Since it first discovered oil in Guyana’s waters in 2015, oil giant ExxonMobil has spent more than $140 billion on local suppliers, and is responsible for over 4,400 Guyanese being employed to support its activities…64 percent of the industry’s workforce.

This has been explained by ExxonMobil local subsidiary Esso Exploration and Production Guyana Limited (EEPGL) in a statement on Tuesday. Asked how the country has benefitted from local content, Exxon Country Manager Alistair Routledge had the following to say:
“We’ve now achieved more than 4,400 Guyanese who are working in our industry. I think that’s more than 50 per cent of the workforce…which, when you think of the training required to build up the workforce in the country, it speaks to the early commitments we made around things like the Centre for Local Business Development.

“Starting in 2017, working with other organisations like the TVET schools and the Ministries, to ensure that people are well-trained and available and able to contribute and play an important part in developing the nation’s resource,” Routledge said.

Exxon is also collaborating with Government to develop the Guyana Technical Training College Inc, an institution intended to deliver world-class training and certification to Guyanese workers in skilled areas that are vital to both oil and gas and the broader economy.

The five main skilled areas in which students would receive certification are: electrical; mechanical; instrumentation; process operations to support the oil and gas industry; and civil and building construction, to support the broader economy.

The Natural Resources Fund (NRF), which contains revenue received from Guyana’s profit oil as well as royalty payments and interest earned, had a balance of almost $290.1 billion as at November 30, 2022, according to the monthly financial statements which have been released by the Bank of Guyana. A breakdown of this amount showed that the Fund had received $36.9 billion in profit oil payments for that month. Meanwhile, its total investment income had been $860.3 million at that time.

Earlier this month, the Government made its third withdrawal of oil funds from the NRF for the year — US$207.6 million (Gy$43B) — with intent to use this money to finance Guyana’s national development plans.

President of ExxonMobil Guyana, Alistair Routledge, has noted that while the money Guyana earns from oil sales and royalty payments importantly enables Government to be able to execute its works, there are many other ways that Exxon contributes to development in Guyana.

“We will have a much bigger impact as we invest in the projects, as we build the business through the development of local content, and we’re able to give local businesses and people jobs and opportunities to grow, to develop skills, and to be able to become competitive internationally…”

“We really want to play our part in the community, and so we take our corporate social responsibility as seriously as we do our commitments to growing the business and delivering job opportunities for people. And so, both as ExxonMobil ourselves and through our contribution to budgets and the projects that we’ve embraced, and of course the Greater Guyana Initiative, we are making some significant contributions to the community and to the development of the society and country,” Routledge highlighted.

Exxon’s Greater Guyana Initiative is a 10-year, $20 billion programme under which Exxon and its Stabroek block co-venturers would fund capacity-building projects that are in keeping with Guyana’s overall development objectives.

Exxon itself has had a packed year in terms of projects, with nine oil discoveries and the startup of the Liza Phase 2. And next year will be an even busier year for the oil company, with its third project in the Stabroek block, Payara, expected to come on stream.

“We’re drilling a number of exciting exploration wells, and I look forward to the results of those. We have another major project start-up with the Payara project coming before the end of the year, and of course many other projects and activities that continue to grow,” Routledge has said.

The company is currently undertaking four production projects – Liza 1, Liza 2, Payara, and Yellowtail in the oil-rich block. It is estimated that when the Yellowtail development project comes on stream, production would climb to 810,000 bpd by 2027. The US oil major anticipates operating at least six floating, production, storage and offloading (FPSO) vessels by 2030. 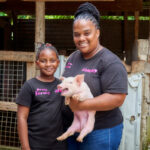 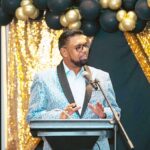 46 mins ago
@DamienSwaby Thank you for the information. I was able to confirm a colleague has responded. I will now be closing… https://t.co/S0ftgj0tfj