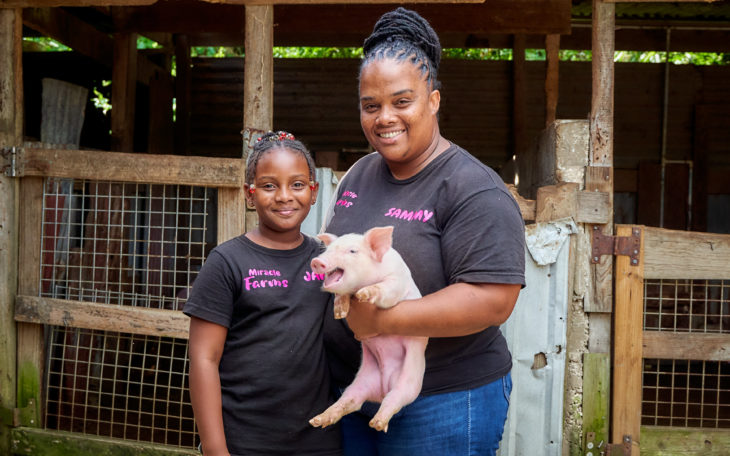 Small farmer Symantha Moaze is rising above all obstacles – from praedial larceny to rising production costs – to make her business a success.

She is determined to make her family proud, show her eight-year-old daughter that anything can be achieved in life with the right mindset, and establish herself as a farmer who delivers quality produce.

The 31-year-old launched her business in April 2019, inspired by her grandfather. Though her journey has been full of challenges, she has been able to overcome them with the help of her husband Jason Browne, close friends and family.

Moaze told Barbados TODAY in an interview at her piggery on Wednesday that the high cost of production has been putting her under pressure and admitted that there were times she wanted to give up.

Praedial larceny has been another deterrent. It has caused not only financial loss but emotional pain for her and her young daughter.

She encountered another setback recently as she was feeling unwell and could not produce the number of porkers she wanted to supply to the market. However, she noted, it was still an increase compared to her output last year.

“We carried about 38 animals to be slaughtered. As a small farmer, it is a good output but it was a bit challenging because I was sick. I wasn’t able to do business as usual. Last year, I only took 20 but when I saw I could have sold much more I decided that I would push myself,” the farmer recalled.

It is that same attitude Moaze wants to take into the new year to ramp up production.

The owner of Miracle Farms said that going forward, she wants to produce porkers for the Christmas season and sell piglets throughout the year.

She explained that she had to make that adjustment to her operations because it was difficult managing the farm and working as a sous chef at a popular hotel on the South Coast.

Moaze comes from a family of butchers. From age 12, she would accompany her grandfather William Breadzy Johnson to the Cheapside Public Market in The City and assist him.

“So, I came up in this and as a young person I pushed my butchery beyond the market and worked at two known hotels, but now I am a sous chef. I started as a butcher at my current workplace and I worked my way up.

“So my grandfather was a butcher, my mother who now runs the shop at the Cheapside market, my sister and my brother are all butchers as well,” she explained.

Moaze said she wished her grandfather was alive to see her continuing his legacy and doing well over the years.

“I can’t say enough thanks to him. He is the person that I am today. I wish he was alive for him to see what I have done. If he was living he would be proud of me,” said Moaze who started off with two pigs and now has 11 breeding sows.

The Belfield, St Michael resident said that over the years, her daughter Janae Browne was eager to go on the farm and play with the piglets. Eventually, she wanted to learn more about the upkeep of the animals and now has various responsibilities on the farm.

She helps wash down the pens, clean and feed the pigs, give the piglets booster shots and castrate them. She also has some rabbits and ducks she takes care of, along with a pet ram.

“She was a lil scared at first but Janae ain’t frightened for a thing now,” said Moaze.

When asked what she liked to do most on the farm, a shy Janae said: “[I like to take care of] the rabbits and the pigs.”

At times, she takes her cousin Rayanna Seepaul with her to help with the chores.

Meanwhile, Moaze said that she wants to be a well-established farmer in the next few years, adding that she was not afraid to prove herself in a male-dominated industry.

“I want that when somebody hears about Samantha, [they know me for having] the best quality and that my piglets are the purest breed. I just don’t want to be known as a farmer who has piglets, rabbits or ducks. I want to be known for having the best,” she declared. 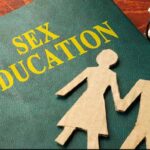