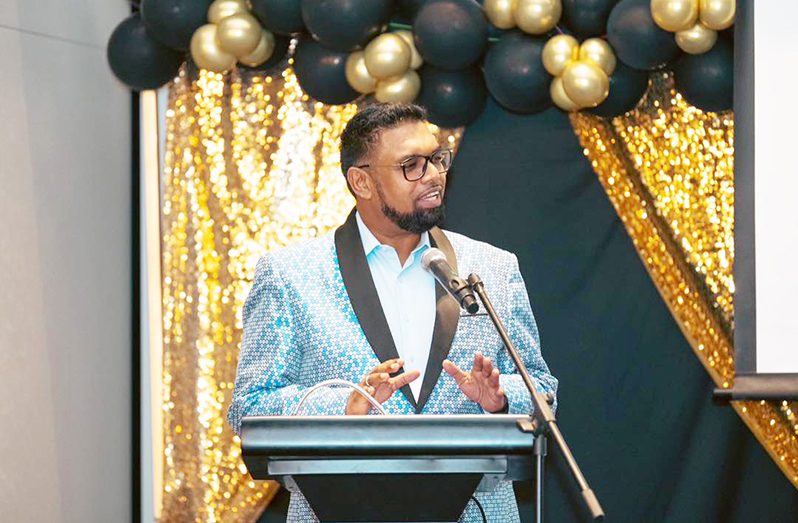 PRESIDENT, Dr Irfaan Ali on Wednesday evening said that the government’s long-term goal is to make Guyana into a global medical hub by employing the latest technologies, including robotics, to deliver world-class service.

The Head of State during his address at the University of Guyana School of Medicine’s White Coat Ceremony on Wednesday, said: “We are moving full speed ahead in bringing up to speed our medical system to allow robotics to be part of the medical care delivery.”

This, Dr Ali told the new doctors, is part of the government’s efforts to transform Guyana, particularly the health sector.

Owing to this transformation, there will not only be improved services for patients, but also opportunities for locals who are qualifying themselves in the medical field.

The Head of State told the new doctors that they are lucky to be entering the profession at a time when there are more than 19 post-graduate specialised programmes for doctors in Guyana.
He said that the direction the country is going in is data-driven and science-driven, noting that the use of telemedicine is already being employed.

With the increased use of technology, the Head of State said: “The long game is to position Guyana as an important medical hub globally that will offer services to the rest of the world and be a foreign currency earner.”

The President recently announced that an international nursing school accredited by a developed country, a stem cell facility, and the development of a regional mRNA vaccine-production facility are some of the ways in which the government is working to turn health care services into an export earner for Guyana, as the country continues on its transformational trajectory.

The Head of State said that capitalising on projected global needs in the healthcare sector, and developing capacity to satisfy the demand is a pivotal area in which the government plans to create an economy that is functional, competitive and provides opportunities for 2030 and beyond.

“We’re looking at the building of a nursing school in collaboration with the US, UK or Canada, certified universities and nursing programmes. So when you get accredited from these institutions you can work in any of these economies easily. So this is not for the Guyanese market, but we are also targeting international students for this nursing school,” Dr Ali had announced.

He related that the government is positioning Guyana over the next eight years to be relevant in the world environment, so that the country can remain a viable state, even well past the end of its oil-and-gas industry.

“Why nursing? In all the developed countries, the entire Europe, the greatest shortage in healthcare is among nurses, and the deficit will grow and demand cannot be met because intake is not matching what demand will be and what the demand is,” the President said.

But nursing is not the only healthcare area where Guyana can create a niche market, and attract international consumers.

“Very soon, we’re hoping that we will realise our first private development in stem cell. Not stem cell research but stem cell. Where athletes, global celebrities, the global rich will come here because we will have a stem cell facility,” Dr. Ali said.

Guyana is also working along with Barbados and the rest of the Caribbean region in jointly developing the region’s first vaccine-production factory. It was earlier this year that President Ali first proposed that the Caribbean Community (CARICOM) should develop its capacity to produce vaccines for COVID-19 and other illnesses, while making remarks at the 33rd Inter-Sessional Meeting of CARICOM Heads of Government.

This is directly due to the difficulties faced by the region in acquiring COVID-19 vaccines, throughout the pandemic; this underscored the importance of putting systems in place to ensure a different outcome for the small Caribbean nations in the future.

Over 4,400 Guyanese employed through ExxonMobil
Next Article 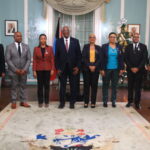 44 mins ago
@DamienSwaby Thank you for the information. I was able to confirm a colleague has responded. I will now be closing… https://t.co/S0ftgj0tfj