Russia’s invasion of Ukraine will have long-lasting effects on energy supply and markets, a new report suggests.

It added that unaffordable energy bills remain a huge problem, driven up as the exports of oil and gas have been restricted.

But the crisis should also be seen as a turning point, speeding up the world’s transition to green energy, it said.

“With unrelenting geopolitical and economic concerns, energy markets remain extremely vulnerable, and the crisis is a reminder of the fragility and unsustainability of the current global energy system.

“The heaviest burden is falling on poorer households where a larger share of income is spent on energy”, the report warned.

The Paris-based agency calculated the value of government spending to protect customers from price rises currently stands at $550bn (£473bn) worldwide, and is set to rise further, particularly in the UK and Germany.

The IEA said the most effective policies to protect customers from the impact of soaring costs, and changing energy infrastructure, had been introduced by the likes of the US, Japan and Korea.

It also cited the REPowerEU scheme, which aims to make European Union (EU) countries independent of Russian energy by 2030.

The IEA predicts that Russia’s share of global energy trade will fall from 20% currently to 13% by 2030.

The report also said that for the first time ever, its forecasts – based on current prices and government policies – showed that global demand for every fossil fuel will either be peaking or reaching a plateau.

The IEA isn’t pulling its punches here: this is a global crisis, of unprecedented breadth and complexity, and despite the impact of Covid, it’s essentially Russia’s fault.

It points out that while the pain is spread around the world – stoking the rising cost of living and creating inflationary pressures – it’s the poor who will suffer the most because they spend more of their income on energy (and food, which is also made more expensive by high energy costs). Many will lose access to electricity altogether.

But the IEA also believes the crisis is an opportunity.

It gives short shrift to the idea that investment in “clean” energy such as renewables might be partially responsible for high prices. In fact, it sounds a call to arms: more investment is needed in clean tech, not less – and stronger policies will be required to secure the necessary investment.

That, it claims will make energy more secure and more affordable.

It also suggests that fossil fuel use, which has climbed alongside economic growth since the industrial revolution, may soon peak – before settling into a steady decline.

“[We predict] coal use falls back within the next few years, natural gas demand reaches a plateau by the end of the decade, and rising sales of electric vehicles (EVs) mean that oil demand levels off in the mid-2030s before ebbing slightly to mid-century”, it concluded.

Although the UK and Europe’s sanctions on Russian oil imports did little to dent demand from India and China this year, it found that the conflict in Ukraine had sped up investment in greener energy sources.

The UK, for example, accelerated its spending on Direct Air Capture (DAC) technologies – a method of removing harmful carbon dioxide from the atmosphere.

Countries which have agreed to reach net zero, where they are not adding to the amount of greenhouse gases in the atmosphere, by 2050 include the UK, Japan, Korea, Canada and the EU.

The report also cautioned, however, that in order to reach net zero emissions by 2050, clean energy investment would need to be above $4 trillion by 2030. At current levels, it is predicted to reach only half of that figure. 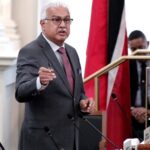 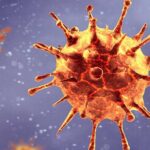