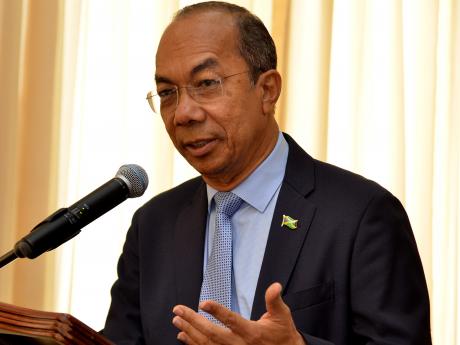 MONTEGO BAY, St James — One of the main highlights from last week’s mid-year meeting of the Caricom Council for National Security and Law Enforcement (CONSLE) was Uncle Sam’s commitment to stem the flow of illegal firearms into the Caribbean.

The guarantee was given during an extensive presentation at the summit by US agencies such as Homeland Security; the Bureau of Alcohol, Tobacco, Firearms and Explosives (ATF); Agency for Narcotics, among others, which are seeking to work with the Caribbean for a resolution to the proliferation of illegal firearms from the US to the Caribbean.

In Jamaica alone it is estimated that as many as 200 guns are smuggled into the island from the US each month, and over time American law enforcement agencies have introduced several measures and assistance to help Jamaica stem the flow.

“The US offered to extend itself to work with these Caribbean countries. More critically, a lot of the guns are manufactured and shipped here very easily. We need their cooperation and support to deal with it, and they came forward through the various agencies that they have in this kind of activity,” Dr Chang told the Jamaica Observer during an exclusive interview following the three-day summit that was convened in Trelawny between Wednesday and Friday.

“They would like to increase their activity significantly in the region to begin the process of mitigating this really serious challenge in the Caribbean region,” he added.

Dr Chang recounted that during his presentation at last month’s staging of 77th Session of the United Nations General Assembly in New York, Prime Minister Andrew Holness appealed to world leaders of developed countries to do more to stop illegal firearms from overflowing into developing countries such as Jamaica.

“We recall that the prime minister at the United Nations presentation made a very strong proposal for increased support, and we welcome their [US] outreach and we will work with them to see how we can deal with this aspect of the problem,” Dr Chang said.

He further noted, “We are not replacing our work on the root cause and element of dealing with our social issues but we have to deal with this issue to prevent the guns from coming in and to apprehend and prosecute the violent criminals who commit murder.”

“The countries that manufacture weapons that are available to the public must implement stronger measures to ensure those weapons do not end up in the streets and in the hands of people for whom they were not intended,” Holness stated.

In the meantime, Dr Chang underscored that the primary issue examined at the three-day summit was, “the continued trafficking of illicit firearms in the Caribbean which is posing a clear and present risk to all the Caribbean leaders”.

“We have had it for a long time as a country but it is now, rather than diminishing, spreading throughout the Caribbean. Our friends in the eastern Caribbean are having a serious problem with gun crimes. The threat of movement of guns in the Caribbean is a major one and now on the forefront the Caribbean Council of Security Ministers. It is one that is generating significant levels of criminal violence across the region,” the security minister reasoned.

“We have seen recent news coming out of Turks but of course our Caribbean brothers, Trinidad and Tobago, St Lucia in particular, [are having] serious issues. We have to find means and ways of cooperating to reduce this particular challenge.

“We don’t make firearms. Violence has unfortunately become too much a part of our culture and requires deeper issues in dealing with illegal firearms, which is a major issue. If the firearms are not there then there will be reduced incidents of its use, without any question. So, we have to approach the issue of dealing with this plague which is attacking us now across the region.”

He also revealed that the issues of the emerging challenge of cybersecurity and maritime strategy were also examined during the three-day conference.

The CONSLE is responsible for the coordination of the multidimensional nature of security, to ensure a safe and stable Caricom community. 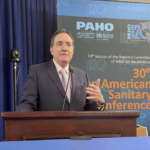 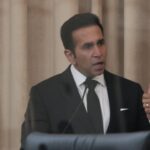