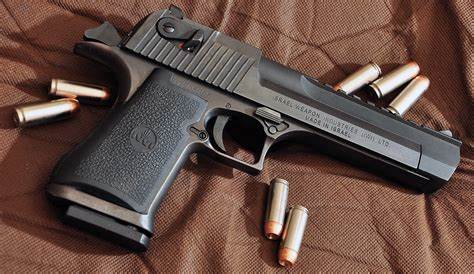 RIGHTS watchdog Jamaicans for Justice (JFJ) has welcomed the amended Firearms Bill which was on Tuesday rubber-stamped by the Lower House with 17 additional amendments from the Senate. The Bill was returned to the Upper House last Friday for approval, ending the parliamentary process for the much-touted legislation.

The Senate had initially made several changes to the Bill, including a compromise on an earlier proposal which would have seen possession of an illegal weapon attracting a mandatory life sentence.

At the end of those deliberations individuals convicted of simple possession of a firearm will instead face a mandatory minimum sentence of 15 years.

However, mandatory life and minimum sentences remain attached to a number of other offences in the Bill, including the stockpiling of three or more prohibited weapons; trafficking in prohibited weapons; and the manufacture of such weapons. For these offences, convicts are eligible for parole after 20 years.

Under the amended fifth clause, offenders will not serve more than a maximum of 25 years (if convicted) compared to the possibility of life if parole is rejected after 15 years, as initially proposed.

Speaking with the Jamaica Observer last Thursday, executive director of the JFJ Mickel Jackson said the entity welcomes the adjustments.

“What the Senate has now done, which is a welcome change, is that they amended Section 5 to now indicate that you will get 15 to 25 years for illegal possession of a firearm. So, life imprisonment for illegal possession of a firearm is now removed. You now see where it makes further sense when you look at Section 15 and how it has been amended; they have now segmented section 15 into two parts where if it is that you cause injury to someone or enable someone to cause injury, you can get life imprisonment, and if you cause damage to property then you get 15 to 25 years.

“So from a legal standpoint that makes greater sense and we see where the two sections now align better — so that is a welcome change,” Jackson told the Observer.

She underscored that the JFJ maintains its stance that the principle of mandatory minimum sentences should be abandoned.

“The challenge that we are having is that we had asked for some judicial discretion to be included in the Bill, expanding Section 99. That has not been done, and we think it will still open some doors for concern later. Parliament is still relying on the Criminal Justice (Administration) Act which provides for an appeal, but our concern is that it will still mean that persons will have to go through a lengthy court process rather than just allowing the trial judge some latitude in really examining the uniqueness of each circumstance,” she argued.

“We still have cause for concern in that you may find youngsters who are exploited, who are vulnerable, still facing the possibility of 15 years’ imprisonment — and we don’t believe that a law should be passed where the trial court judge is not able to look at the circumstances to see if 15 years or a lesser sentence should be given for those circumstances,” Jackson told the Observer.

She added: “We certainly welcome the amendments made to Section 5 because that was a concern that we had that the section did not align and did not make sense legally; but, we stand on record that we are against mandatory minimum sentencing as a principle. We don’t believe that Parliament should be undermining the judiciary at all.”

Further, Jackson said the JFJ hopes that the sentiments expressed by Government Senator Matthew Samuda regarding the need for reform and rehabilitation, to ensure that the rate of reoffending by persons who have served sentences is reduced, will translate into meaningful action.

“We welcome the seeming commitment from the Government and trust that they will work with the relevant civil society organisations. We note, however, that reform and rehabilitation is not necessarily within the context of persons being imprisoned, but to ensure that those who are at risk do not commit crimes in the first place but that we reduce their vulnerabilities,” Jackson informed, adding that reform and rehabilitation have to be looked at as critical components in reducing crime in the country.

The Bill is now eligible for review after five years, instead of seven as was previously proposed. 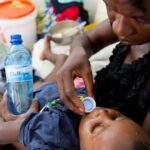 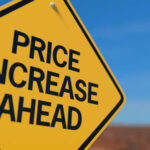