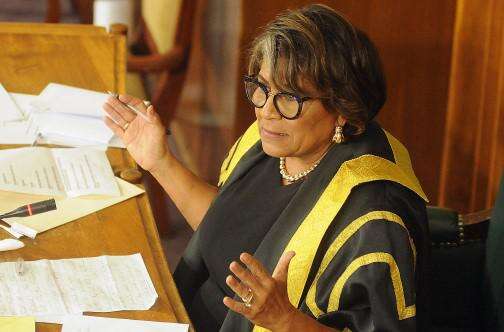 As Dalrymple-Philibert proceeded on one of her regular upbraiding sessions, and with the sitting less than a minute away from being called off, the Member of Parliament for Central Kingston, Donovan Williams, entered the chamber and saved the day. The Speaker had set 2:20pm to call off the sitting that has a 2:00pm start. The Standing Orders speaks to a five-minute wait before adjourning a sitting where there is no quorum and, as the minute hand on the clock went pass 2:19pm, Williams was seen hurrying to his seat.

Leader of Opposition Business in the House, Phillip Paulwell, had earlier alerted the Speaker to the fact that the sitting had convened without the required quorum.

While the Speaker is known to regularly upbraid MPs for arriving late or for behaving in a manner she views as being unbecoming of the office holders, on Wednesday she went further, chastising them for creating an “embarrassing” situation.

“I am very disheartened by this type of behaviour,” said Dalrymple Philibert. She added that “it is a sad day and poor reflection on all of us”.

The Speaker told the MPs present in the chamber that it was their behaviour that gives the media reason to write about them in a negative way.

“They say sometimes when the press write some things we get offended, but let me tell you there is no need for us to get offended on this one because we have said it, time and time again, that this is the highest court of the land and we are elected to represent the people and this is our working time,” she said.

“When … the press writes about us we must swallow it because there is no excuse for it. That is what we are elected and paid to do,” she stated. 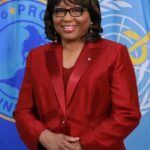