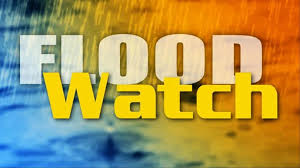 Disaster Management Units spent most of yesterday in communities, as the passing Invest #91L Tropical Wave left residents in parts of East and Central Trinidad grappling with floods and structural damage.

At 1.51 pm yesterday, the Meteorological Service issued an update to its Adverse Weather Alert, saying that the Yellow Level advisory will remain in effect until tomorrow at noon.

Despite the tropical wave axis moving west of T&T, the Meteorological Service noted the atmosphere remained significantly moist and unstable. Therefore, it expected periods of rain or showers of varying intensities.

The Ministry of Local Government and Rural Development issued a safety update on the D’Abadie Bridge, advising the public to use alternative routes as the weather conditions made it impassable. Municipal police were on site.

It advised cautioned with reports of flooding in Westmoorings and Cocorite. At 2 pm, there were 10 reports of floods in the Chaguanas Borough Corporation, one in the Princes Town Regional Corporation (PTRC), four in the Sangre Grande Regional Corporation (SGRC), including North Eastern College, Sangre Grande, the area around the Valencia High School and the Valencia Government Primary School, the Manzanilla Road, Toco Main Road in Matura.

There was one incident of flood in the Siparia Regional Corporation.

The Ministry of Works and Transport opened the PBR between Mount Hope and Arima to light motor vehicles until midnight to mitigate traffic congestion.

As a result of rising floods and persistent downpours, the National Library and Information System Authority (NALIS) closed its Heritage Library, Public Libraries and Administrative Offices at 2 pm. It expected regular library services to resume today.

The Water Taxi Service ran an additional sailing due to the weather, departing Port-of-Spain at 2.30 pm to San Fernando, ahead of its regular 3.30 pm and 4.30 pm departures. Several schools across the school ended early.

The Housing Development Corporation (HDC) said it monitored the weather and floods affecting its developments. In a release, the HDC said it distributed sandbags in Oropune Gardens, Piarco, where the level of the Arouca River was rising and would provide further assistance to this and other communities when the water levels recede.

“We have placed and turned on pumps in strategic locations. These are being used to push excess water out. Our Disaster Management Team has been on the ground, monitoring our most high-risk communities. Unfortunately, in some areas, the volume of water has risen faster than predicted. For those areas, the HDC will continue to monitor and provide assistance to residents as is needed.”

The HDC said clean-up crews were on standby to deploy. weather permits.

Calls for Guyana to share its wealth with Caricom
Next Article 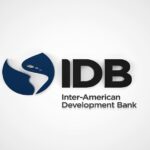