Less developed Caricom countries are being asked to consider appealing to oil-rich Guyana to take on part of the role which T&T assumed in 2007 when it was felt T&T was flush with money, and it could share the money with T&T’s Caricom brothers.

Finance Minister Colm Imbert, who suggested this in Parliament yesterday, said, however, that this would have to be a Caricom decision, not Government’s.

He was responding to Opposition Chief Whip David Lee’s query about a $105 million Budget allocation for the Caricom Development Fund and Lee’s subsequent observation that Guyana is now on an oil growth path.

Imbert said the fund was started when oil was US$106 a barrel and gas was US$13.

“There was a view that because T&T was in a very good position in those days, it should assist the less fortunate member states within Caricom. But that has not been sustainable since then and from time to time we provide funding for this fund,” Imbert said.

“But there are questions about it as to whether the T&T Government should provide funding of this magnitude to that fund. It’s really something that is subject of discussion from time.”

He said Lee made a good point on Guyana.

Imbert said the plan for a group pension plan for daily-rated workers isn’t fully operational at this time. More funding was also allocated for Customs overtime, as importers were requesting goods to be processed quickly as possible. Funding was also allocated for scanners for the Port Authority and for upgrades of container examination at the PoS and Pt Lisas ports.

Funds are allocated for the Clico/CIB matter and for HCU liquidation—the latter which, he said, is taking a very long time to do. 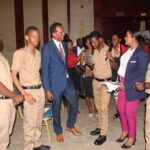 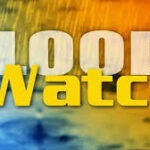