(INEWS)Oil giant ExxonMobil has started the process of seeking project approval for its sixth oil development in Guyana’s waters and approached the Environmental Protection Agency (EPA) for environmental authorisation for its Whiptail Project.

In a notice, the EPA noted that the project will require an Environmental Impact Assessment (EIA) before any decision can be made to approve or reject it. They also listed reasons why the EIA is necessary.

According to the agency, the EIA is needed to ascertain the potential physical, biological and socioeconomic impacts of the project and whether these will be significant and long-term. They also noted that the project is located relatively close to the other development projects, of which four have already received approval and two are producing oil.

Lastly, EPA pointed out that the associated risks of unplanned events when it comes to oil and gas may be significant. In light of this, EPA invited the public to make written submissions on the project to the agency within 28 days. It was noted that in these submissions, the public can ask questions and raise whatever issues they have about the project with the agency.

“The proposed project will be implemented in multiple stages which include well drillings and completions, mobilisation and installation of subsea equipment, umbilicals, risers and flowlines, installation of a floating production, storage and offloading (FPSO) facility, production operations and decommissioning,” EPA said in the notice.

“The proposed project will be undertaken largely in the marine offshore environment and would require land-based activities for support activities at marine shore bases. As a result of the intended development activities, possible effects to the environment may include impacts on marine water and air quality, marine fauna, socio-economic resources, among others,” they further warned.

The move to seek approval for the Whiptail development comes even as EPA is currently also considering whether to approve the Uaru oil development in the Stabroek Block, which when established will become ExxonMobil’s fifth development in Guyana.

The Uaru oil development is targeting between 38 and 63 development wells, including production, water injection, and gas re-injection wells. John Hess, the Chief Executive Officer (CEO) of ExxonMobil’s Stabroek Block co-venture partner Hess Corporation, recently said that they are hopeful of getting approval for Uaru by March 2023. Exxon had previously also made known that they anticipate first oil from the Uaru development by late 2026 or early 2027.

Guyana, with US oil giant ExxonMobil as the operator, began producing oil on December 20, 2019, in the Stabroek Block. Guyana’s oil revenues are being held in the Natural Resource Fund (NRF) at the New York Federal Reserve Bank, where it is earning interest.

ExxonMobil has said it anticipates at least six projects offshore Guyana will be online by 2027. Production has already started in the second phase, with the <<<Liza Unity>>> FPSO vessel in operation.

The third project – the Payara Development – will target an estimated resource base of about 600 million oil-equivalent barrels, and was at one point considered to be the largest single planned investment in the history of Guyana.

Meanwhile, the Yellowtail development, which will be oil giant ExxonMobil’s fourth development in Guyana’s waters, will turn out to be the single largest development so far in terms of barrels per day of oil, with a mammoth 250,000 bpd targeted. 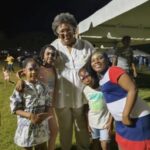 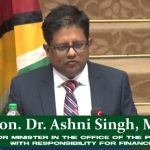 30 mins ago
@DamienSwaby Thank you for the information. I was able to confirm a colleague has responded. I will now be closing… https://t.co/S0ftgj0tfj