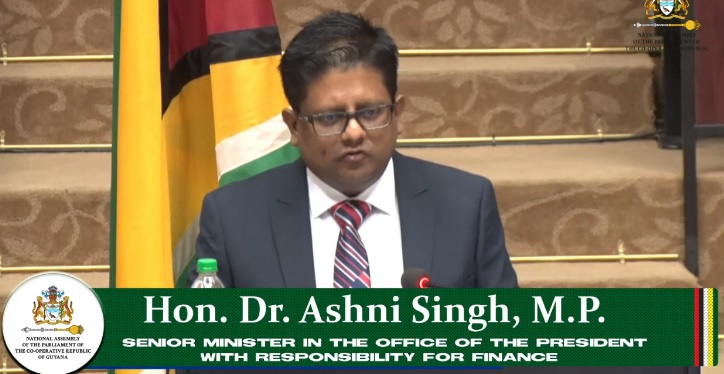 (INEWS)With today being Budget Day, Finance Minister Dr Ashni Singh in a preview of what Guyanese can expect from the People’s Progressive Party/Civic’s (PPP/C) fourth budget since 2020, has assured that the budget will deliver both direct and indirect benefits to thousands of ordinary Guyanese.

He gave this assurance in a broadcast interview on Sunday, explaining that the budget was formulated with the “One Guyana” concept in mind to ensure that as many people as possible can benefit from the exciting opportunities that are becoming available and participate in Guyana’s development.

“The overarching and clear message I can deliver is that Budget 2023 will constitute yet another instalment, through which this PPP/C Government, led by [President Dr Irfaan] Ali, will continue to improve the lives of all Guyanese people within the context of President Ali’s deeply held philosophy of One Guyana.”

Among the examples Dr Singh gave are the initiatives they have tailored to preserve the private investment environment while creating jobs and training for persons to fill those jobs. According to him, the mood and economy in Guyana is a different one to 2020, as more investors line up to invest in the economy.

“Projects that were put on hold were once again restarted. Projects that were shelved were brought back on board. And private investment resumed and private sector-led growth resumed. And the non-oil economy breathed some oxygen in for the first time, after five years of being starved of oxygen.”

“And that mood and perspective by the private sector have continued ever since a recognition that the PPP/C values the role of the private sector in creating jobs and generating income. And I will always say that very publicly,” the Finance Minister said.

Singh made it pellucid that the Government values and will continue to work with the private sector to ensure that growth and the creation of jobs for Guyanese continues. And with this, Singh pointed out that more income will be generated for Guyanese households.

It was announced last week that budget day would be Monday, January 16, 2023. The Finance Minister has over the last several months been meeting and consulting with various stakeholders including the private sector, Government Ministries, other agencies, and civil society.

Recently, President Ali hosted the latest consultative meeting at State House with representatives from several private sector and other agencies to listen to their concerns and receive suggestions for Budget 2023. These all formed part of possible inclusions as the Budget 2023 planning process continues.

As with Budget 2022, this year’s budget is expected to see critical development programmes for Government being fast-tracked and many more expanded to reflect Government’s continued transformational agenda for the country which has been taking it forward at a rapid pace over the last two years and five months since the PPP/C’s return to office in August 2020.

It will be the fourth budget presented by the current Administration and the third by Dr Singh, who commenced his current tenure as Senior Minister in the Office of the President with Responsibility for Finance in November 2020.

Prior to this, Government’s first budget for its current term was presented in August 2020. In that first budget, Government reversed a large number of harsh taxes instituted on citizens by the former A Partnership for National Unity/Alliance for Change (APNU/AFC) Government.

The second budget in 2021 was presented under the theme “A Path to Recovery, Economic Dynamism, and Resilience” while the third was unveiled under the theme “Steadfast Against All Challenges, Resolute in Building Our One Guyana”. Budget 2021 comprised a number of developmental measures and also included funding for the construction of a number of housing schemes and expansion of existing ones along with investment in the revitalisation of the country’s sugar industry.

There were also programmes that the Government implemented in partnership with private sector bodies and other stakeholders, especially with regard to the tourism, hospitality, and agriculture sectors. Several relief cash grant measures were also implemented and saw thousands of citizens across the country benefitting from the relief.

A number of areas had been devastated by flooding and Government also provided relief for affected persons, especially those who had suffered the loss of crops and livestock. The health, infrastructure, and education sectors also saw major injections in Budget 2021 as the COVID-19 pandemic was ongoing.

Budget 2022 also saw major injections in a number of sectors including more expansion of the Government’s housing drive, the infrastructure sector catapulted with an increased number of roads and bridges constructed, energy expansion and diversification, provisions for persons with disabilities, several injections toward Amerindian and hinterland development as Government proved its commitment to bettering the lives of the Indigenous people. It also saw large injections in the health, education and security sectors. 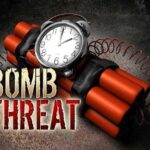 35 mins ago
@DamienSwaby Thank you for the information. I was able to confirm a colleague has responded. I will now be closing… https://t.co/S0ftgj0tfj