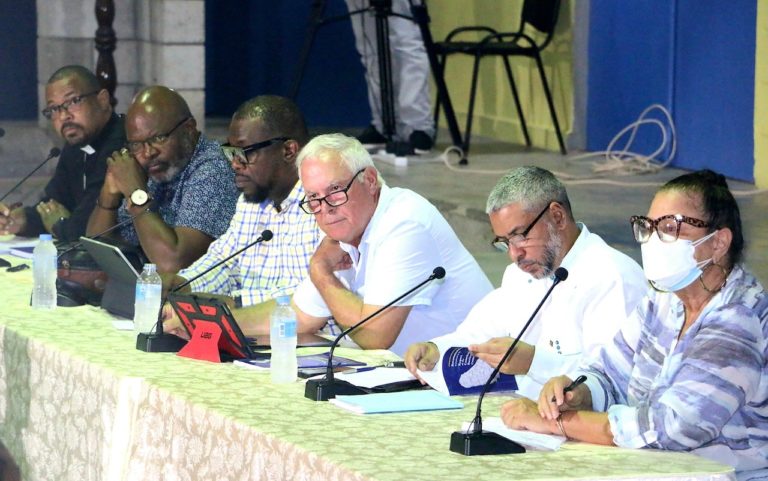 The topic of gender and sexuality in Chapter three of the proposed new Constitution was at the centre of robust discussions during another of the Constitutional Reform Commission’s hosted public meetings.

The overwhelming number of Barbadians who made submissions at the Deighton Griffith Secondary School, Kingsland, Christ Church on Sunday evening voiced disapproval with the inclusion of language that pushed gender neutrality. Many made the argument that if Barbados accepts and encourages this agenda through its Constitution, the island will be “going down a slippery slope”. However, this position received some pushback from members and allies of the Lesbian, Gay, Bisexual, Transgender, Queer, Intersex, and Asexual LGBTQIA community.

Isadora Barrow, while calling for the inclusion of gender identity and sexual orientation to be added to the language in Chapter 3 of the Protection of the Fundamental Rights and Freedoms of the Individuals, also advocated for the removal of the buggery and indecency laws from the statute books. She stressed the importance because, according to her, while the rest of the world moves forward there are some among the Barbadian society who remain subjected to the shadows and the recesses based on their gender identity and orientation.

She said: “Whether or not others in society want to recognise, acknowledge or accept minority experiences in this society, they exist and the law should offer protection. In the last meetings there were sentiments that what worked in the past will work today but in some past, the rights that were being considered were whether or not some were to be seen as fully human or whether some had the right to even participate [politically]. If we remain bound to these ideas and understandings of the past we will never fully live in the present and the future will come harder to see.”

Also making a similar case was Michael Alexander of the gay rights organisation EQUALS Barbados, who claimed that in present-day Barbados members of his community are still discriminated against and their lives threatened. So much so, that according to figures he quoted from a “shared incidents database”, since the end of 2017 there were 106 reported cases of human rights violations. Of these, only 8 per cent reported those cases to the authorities because, according to him, the police either reject their cases, are insensitive or lose their reports.

Alexander, however, noted that 70 per cent of the respondents said they faced verbal abuse, 43 per cent experienced physical violence, while a number said other examples of discrimination experienced were being forced from their homes, denied services, fired from work and denied educational opportunities.

“Might I remind everyone that just because you do not discriminate, see discrimination occurring or hear about it, doesn’t mean that it doesn’t happen. It is easy to discard the realities of others when we don’t actively seek to know about their realities. It is easy to say there is no proof of something when the systems in place do not only allow for certain things to be recorded but the same systems fail to act on the incidents that actually are recorded,” Alexander charged.

Reverend Dr Ferdinand Nicholls who addressed a few issues including the serious need for a political revolution in Barbados, argued that his community also faces discrimination. This occurs when attempts are made to block their fundamental rights to freedom of thought and religious expression because they may have a contrary position to another set of people.

“It appears to me that any time you disagree with a particular group of people you are considered a bigot. You and I ought to have a discussion and a disagreement without you thinking I hate you. I don’t hate you, I hate you trying to discriminate against me because people seem to think discrimination only flows one direction, but it doesn’t. And in so doing, you are saying what I believe, I am compelled to push that aside to accept you and that is simply not going to happen. And if a Constitution were to ever make provision for that type of violation of religious freedom you would have a riot in this country. You can’t talk about discrimination and just have it one way, you have to appreciate the fact that there are other people who think differently and we agree to disagree,” Dr Ferdinand said.

This viewpoint was supported by Michelle Edwards who argued that the push for gender fluidity was a “threat” to all Barbadian children.

“I suggest that every right-thinking Barbadian make it a priority and their business to find out the truth behind [Comprehensive Sexuality Education]. . . . It is a threat to the very well-being of all children of this nation and indeed the world. We as adults must stop at nothing to protect our children from this evil. We will be held accountable if we stay silent,” Edwards lamented. (KC) 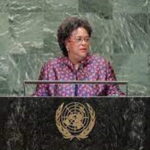