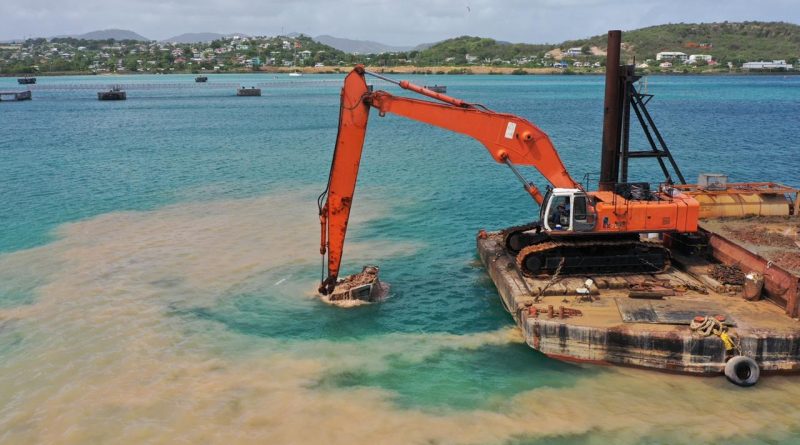 (Real News ) An operator of heavy-duty equipment is asking the Cabinet to reveal how much the dredging of the St. John’s Harbour has cost taxpayers, to date, and what they will be paying for the special equipment it has sourced from Panama.

While residents have often referred to an excavator stationed in the harbour, the contractor claims there are, in fact, two such machines. And, he adds, they are “not your ordinary excavators, either. These are the real big ones.”

From experience, he says, regular excavators are contracted, on average, for about $350 an hour. Therefore, he says, machines as large as those based in the harbour – and operating in a salt-water environment – “must be pulling in about $2,000 an hour.”

Given the length of time they have been deployed – which, he claims, has been “24/7 for nearly a year now” – he says residents “will be shocked out of their skulls” to know how much they are paying for these excavators.

The man alleges that, prior to the change of administration in 2014, another local contractor – an Arab-owned company – had been engaged to explore the dredging of the St. John’s Harbour.

He says this company had access to “the right equipment” for dredging – not excavators – and plans had advanced to identifying a site where the material from the sea-bed would be placed, after it was barged ashore.

However, the man says, with the change of administration, those plans were shelved and a new outfit was contracted to undertake the work.

With regard to the productivity of the current operation, he asks, “When was the last time they removed any of the material they claim they’re digging up? When last you see a barge removing anything at all from out there?”

According to reports, NAMCO – the quasi-government investment company – is part owner of Blue Ocean Ltd., which alleges that the harbour’s rocky base has damaged its equipment.

Recent Cabinet Notes said that, owing to this damage, taxpayers will be paying Blue Ocean more for the project. However, the local contractor rubbishes this excuse for increasing costs.

He says that Antigua and Barbuda’s taxpayers “need to ask some questions: about NAMCO; about who really owns Blue Ocean; and about Global Ports. They need to find out when, exactly, these OASIS-class ships are coming here, too,” he says.

“This dredging thing needs an investigation. It smells like a big rip-off to me,” he concludes. 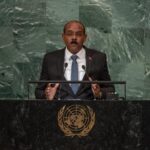 Hon. Gaston Browne Statement at the 77th Session of the UN General Assembly 23 September 2022
Next Article 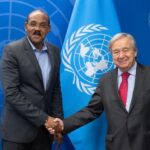