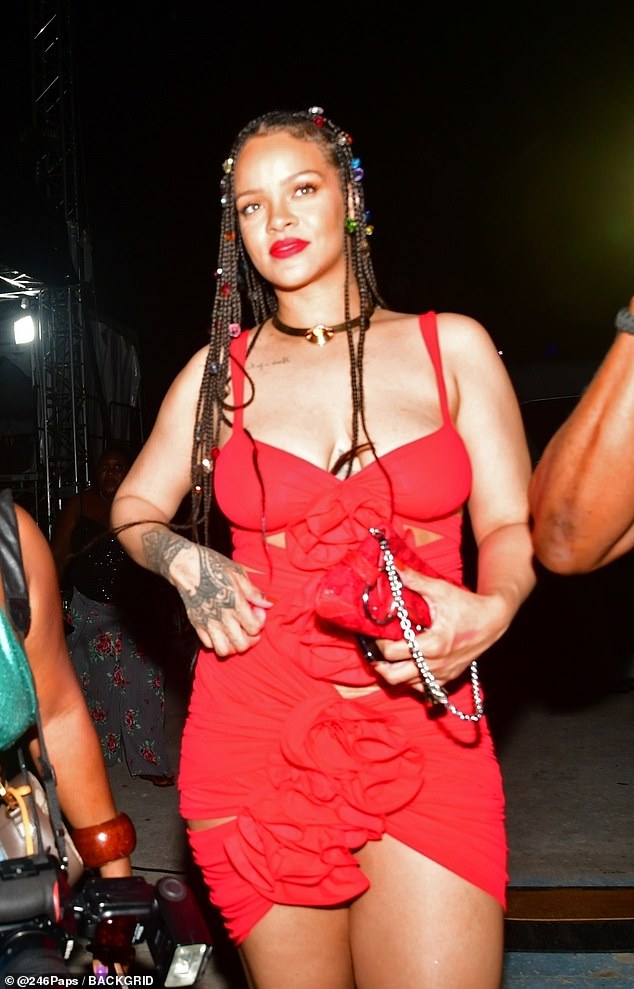 REsent temperatures soaring as she attended the Imagine reggae show in her native Barbados with boyfriend A$AP Rocky on Friday night.
The singer, 34, put on a busty display in a tight red minidress featuring multiple midriff cutouts while adding inches to her enviable frame with transparent heels.
She wore her brown tresses in braids and toted her essentials around in a cherry clutch, which she coordinated with her eye-popping lipstick.

Meanwhile, rapper A$AP – real name Rakim Athelaston Mayers – commanded attention in a long-sleeved T-shirt featuring a neon print of a toned torso.
The 34-year-old tied a red checked shirt around his waist while wearing khaki shorts and a matching hat, along with scarlet trainers.

The star and A$AP were all smiles as they posed for a few quick snaps with Beenie Man and DJ Kurt Riley backstage, who had performed for the masses.
Also in attendance was the Umbrella songstress’ brother Rorrey Fenty, 33, and his girlfriend, whose name is unknown.
The couple appeared to be more than thrilled during their stop in Barbados, which is notably Rihanna’s hometown. 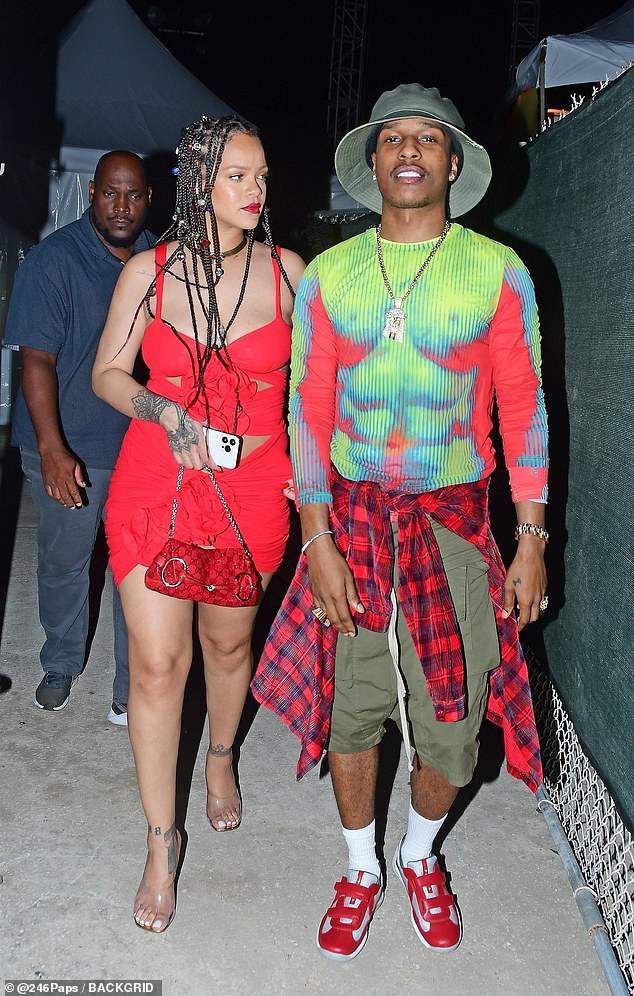 The two recently welcomed their first child to the world earlier this year in May, and a source close to the stars recently informed Us Weekly that they are definitely, ‘open to more kids.’
The insider continued to state that the two performers, ‘love being parents,’ and that, ‘Having this family together has brought them so much closer, they are more loved up now than ever.’
Another source expressed that the two are doting parents and, ‘rarely leave their baby’s side.

According to The Sun, the beauty will also appear in an upcoming Apple TV+ documentary that will showcase her return to the stage for her Super Bowl Halftime performance in February 2023.
‘She will be recorded during rehearsals and meetings in the lead-up to the big night and give an insight into what her life is really like now she is returning to pop as a mom,’ a source informed the publication of the multi-million dollar deal.
‘She is keen for the world to remember why she is one of the greatest performers of all time,’ the insider added. 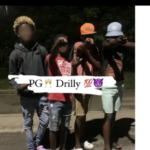 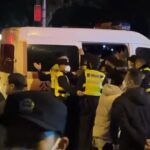 Anti-lockdown protests in China spread as fury grows over zero Covid policy: Students rally outside universities and crowds march in Shanghai and Beijing after overnight clashes with police in rare outpouring of public anger
Leave a comment Leave a comment

21 mins ago
@DamienSwaby Thank you for the information. I was able to confirm a colleague has responded. I will now be closing… https://t.co/S0ftgj0tfj