“It is really painful. How can West Indies not qualify for a world T20 or for any world cup, for that matter? It is unacceptable. Totally unacceptable,” Hilaire said in response to questions from reporters on the matter on Monday.

The Saint Lucia Acting Prime Minister spoke on the sidelines of a Cabinet meeting.

He said there was a need for a major change in what was happening.

“Yes, it’s difficult, but obviously, what’s happening is not working. West Indies did not qualify for a world cup, and in the last ten years or so, we won two world cups and now we cannot qualify for the super twelve?”

However, regarding Caribbean Community (CARICOM) involvement, he said he was unsure that governments could solve the problem.

He told reporters that CARICOM has enough problems on its own.

Asked to pinpoint the problem with the West Indies team, Hilaire said it was not a simple matter.

Nevertheless he said he always believed that to create an environment for excellence, there must be discipline, focus and the right people in position.

He recalled when he became CEO of the West Indies Cricket Board under Julian R. Hunte.

“We had a clear plan of what we were going to create and what were the pathways to success. Some people didn’t like the tough stance we took in dealing with the issues,” he told reporters.

“But within three years we won a world cup,” Hilaire stated.

“I have faith in what we did and how we did it and I believe we must go back to some of those lessons that we learned,” he declared. 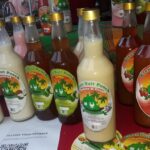