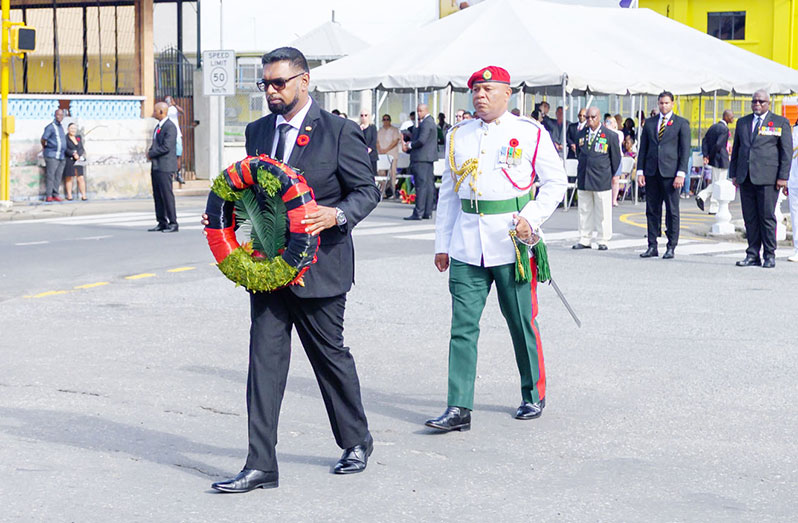 REMEMBRANCE Day activities were observed on Sunday morning, honouring those who fought in the two world wars.

In his brief address during a ceremony held at the Cenotaph, President, Dr Irfaan Ali said that Guyanese remain indebted to the gallant men and women who gave their lives in two world wars for the cause of peace and freedom.

He added, “Their example strengthens our resolve to maintain our efforts for a world at peace with justice and prosperity for all peoples.”

President Ali added that on such an occasion, Guyanese citizens must rededicate themselves to the search for peace everywhere and renew their commitment to the development and well-being of the country.

The commemorative wreath-laying ceremony commenced with a military parade followed by the presidential salute, the last post, two minutes of silence, the sounding of the reveille, prayers and the laying of wreaths at the War Memorial.

Remembrance Day in Guyana is held on the second Sunday of November, while Remembrance Day is observed on November 11 annually by Commonwealth countries to honour those who died in the World Wars. 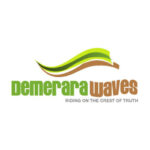 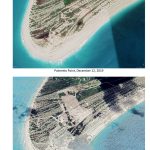 Barbuda Council holds meeting today to discuss the issue of land-allotment certificates, despite AG’s warning to desist
Leave a comment Leave a comment