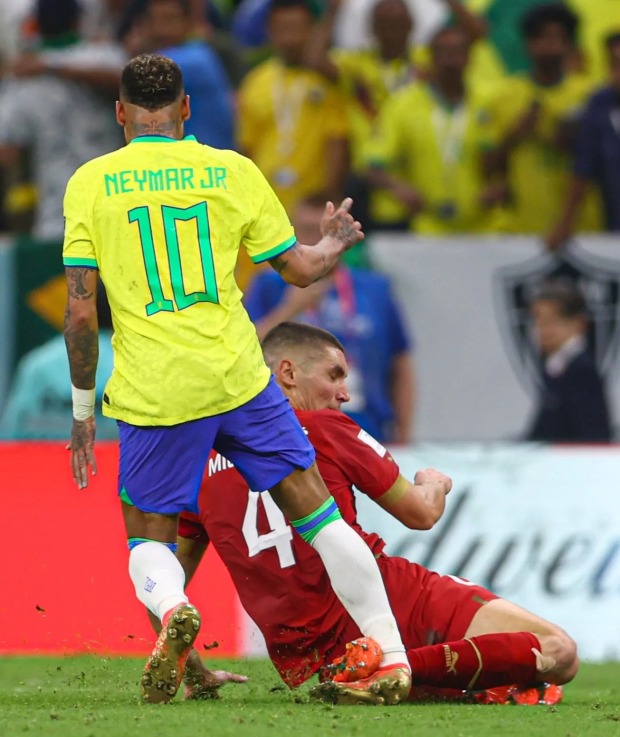 Neymar will miss Brazil’s second World Cup match but will remain with the squad undergoing treatment for his ankle injury, the team doctor said Friday.
Rodrigo Lasmar said tests conducted on his right ankle showed that Neymar has a ligament injury and will not be fit to play against Switzerland on Monday.
“It’s important to remain calm, an evaluation will be conducted daily so we can have more information and take the most appropriate decisions,” Lasmar said, adding that “the goal is to have him recover” in time to still play in the tournament.
Lasmar did not give a timetable for Neymar’s recovery. He said the situation of defender Danilo, who has a left ankle injury, was similar to Neymar’s and he would also miss the game against Switzerland.
Neymar was receiving treatment at the team’s hotel Friday after getting injured in the 2-0 win against Serbia in Brazil’s opener.
The Paris Saint-Germain striker sprained his ankle in the second half of a bruising match against Serbia on Thursday. He was in tears while sitting on the bench with ice around his ankle and limped off the field on his way to the locker room.
Brazil coach Tite had already expressed optimism about Neymar’s condition.

“You can be sure that Neymar will still play in this World Cup,” he said after the match. “I’m certain about that.”
Neymar was substituted in the 79th minute, about 10 minutes after hurting his ankle while being tackled by Serbia defender Nikola Milenković.
Neymar had already been tackled many times before during the match, and was seen grimacing and limping a few other occasions. He was fouled nine times, the most of all World Cup players after the first round of matches in the group stage.
The five-time world champions end their group-stage campaign against Cameroon on December 2. Brazil leads Group G along with Switzerland, which opened with a win against Cameroon.
If Neymar can’t play, his replacement would likely be Rodrygo, who came in as a second-half substitute against Serbia on Thursday.
Neymar has yet to win a major title with the national team. He helped the “Seleção” win the 2013 Confederations Cup and its first Olympic gold medal at the 2016 Rio Games.
With 75 goals for the national team, he is two shy of Pelé’s scoring record. 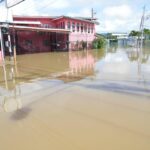 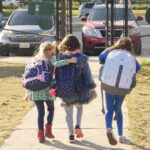