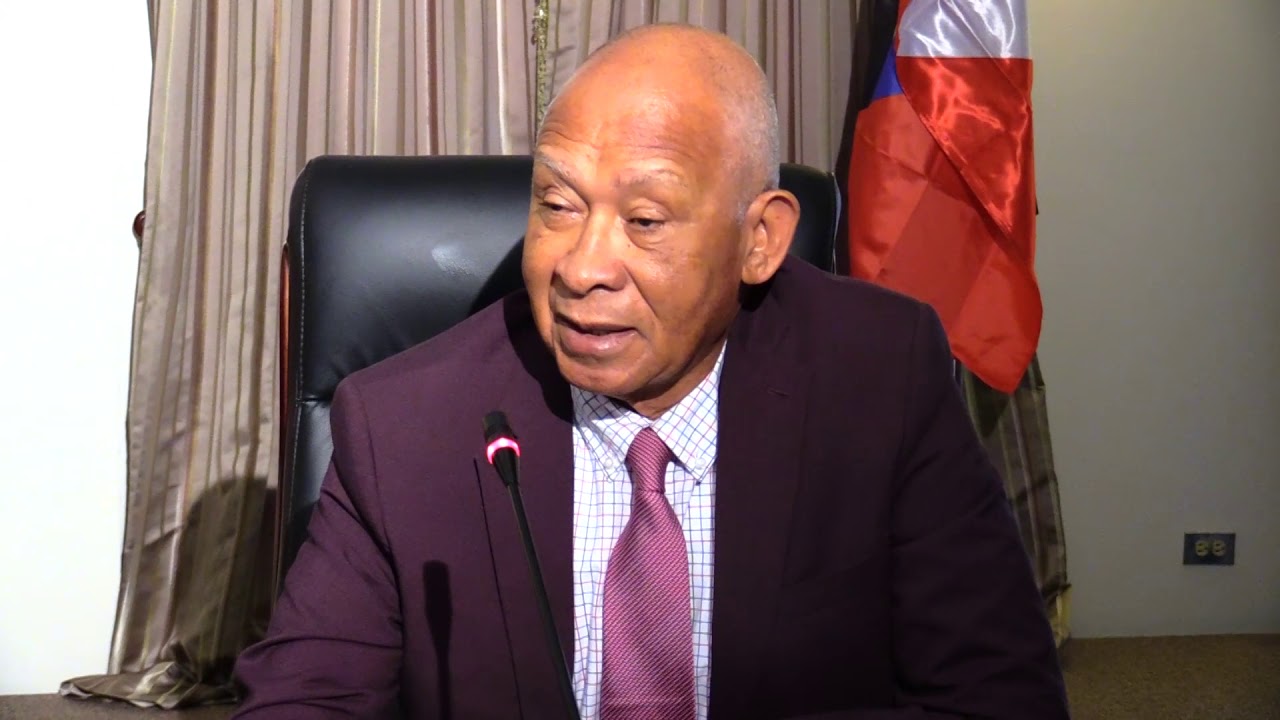 All members of Cabinet were present. Cabinet commenced at 10:30am following prayers by the Priest.

1. The Cabinet summoned a number of agencies to appear before it, in an effort to strengthen governance and to ensure compliance with policy:

i. The Department of the Environment (DOE), led by its Executive Director, came bearing samples of mosquito traps for households and the outside. These traps were purchased through a grant provided by the Global Environmental Fund (GEF). Mosquito traps, the Executive Director reported, were distributed to households in the McKinnon’s Swamp area and in Yorks Village where stagnant water enables mosquitos to breed in large numbers, and to invade the homes. The traps are environmentally friendly and are powered by electricity. Thousands more are being imported from a wholesaler in China for distribution to households in waterlogged areas, where children live. The fear of children contracting mosquito-borne diseases drives this policy. The use of fogging will continue; however, fogging can be harmful to some useful flying insects, and continues to be used sparingly. The traps are also being sold in hardware stores throughout Antigua.

ii. The Director of the SLBMC and the Chairperson of the Board which governs the hospital were invited to address the issue of “waiting time” at the Emergency Room at the SLBMC. The challenge of all emergency rooms is determined by the volume of patients who present themselves for emergency care. More than 40,000 patients present themselves before the SLBMC each year. The research reveals that most are in need of “urgent care”, not “emergency care”; nevertheless, all who show up are treated. The SLBMC is working to increase the number of doctors and nurses in the Emergency Room, in order to reduce the waiting time of patients.

An increase in the number of doctors at the Clinics is also being worked-on, since “urgent care” is dispensed at clinics. The many clinics throughout the country fall under the control of the Chief Medical Officer. Hence, increases in doctors and scheduling changes can be determined by the CMO, and not the Director of the SLBMC, the Cabinet was informed. The proposed changes to the functioning of the clinics will be addressed shortly, the meeting indicated.

iii. The Commissioner of the Inland Revenue Department and his Deputy were invited to Cabinet in order to operationalize the waivers and forgiveness of property taxes announced last week. It was agreed that the waiver of unpaid taxes would apply for the period January 1, 2015, to December 31, 2021. The tax owed for 2022, will be required to be paid. That payment is to be made before March 31, 2023, in order to realize the waiver/forgiveness.

The rules which currently provide for a 10% waiver when the property tax is paid early, continues to govern; and, pensioners continue to enjoy a 50% discount.

iv. The Directors of the National Solid Waste Management Authority (NSWMA) and the Central Board of Health (CBH) were invited to Cabinet, along with six additional technicians, in order to address the overgrowth in grasses and unwanted vegetation along busy highways and secondary roads. The end of the national solid waste clean-up campaign is over; more than 2,500 derelict vehicles were removed from the streets of Antigua during the period.

Deploying personnel in a manner intended to address the overgrown bushes that now pose a health challenge and are unsightly, is henceforth undergoing fundamental re-examination in order to maximize effectiveness. The Cabinet and the Ministry of Health agreed to regularize the contracts, to make regular payments, and to provide more supervisory control in order to ensure that the teams spend the time contractually agreed. The teams are also to interact with the representatives of the areas in order to ensure that priority areas are addressed. The rainy season poses special challenges to the grass cutting and removal.

The CBH also addressed the challenge posed by the shrinkage of burial spaces for the dead, especially those who lived in the City of St. John’s. Throughout Antigua and Barbuda, about 600 people die each year. Very few are cremated; the overwhelming majority are buried. The Cabinet agreed to bring all private landowners’ burial grounds under full control of the Government/CBH. The new cemetery at Tomlinson’s will be brought into use sometime next year.

2. The Minister of Health reported that not a single case of monkey pox has been found in Antigua and Barbuda. Several suspicious patients were tested and they have all proved negative, thus far; one more test case remains to be reported, but that too is likely to prove negative. A pending proposal to purchase monkey pox vaccines was not approved by the Cabinet, at the urging of the Health Minister.

3. The Minister of the Environment proposed to Cabinet the recycling of plastics, including the ubiquitous drinking water bottle, by way of construction of a recycling plant. The proposal was approved by the Cabinet. The plant would turn the discarded plastics into several products that can be utilized in Antigua and Barbuda, and even exported to other neighbouring Caribbean islands.

4. The Cabinet reflected on the recent graduation of the first cohort of UWI-Five Islands’ graduates on Saturday past, and congratulated the men and women who earned their baccalaureate degrees at the campus. Congratulations were also heaped on the head of Sir Richie Richardson for his role in West Indies Cricket which earned him a Doctor of Laws Honorary Degree. The Cabinet repeated its pledge to spend $75 million dollars to expand the campus and the offerings of its many Schools. New dormitories and classrooms are soon to be added to this magnificent achievement.

5. There will not be a Parliamentary sitting on Thursday, October 13, as agreed last week, because of changing circumstances. 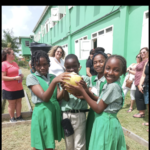 Tree Planting Held At The Greenbay Primary School 
Next Article 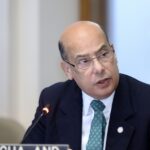