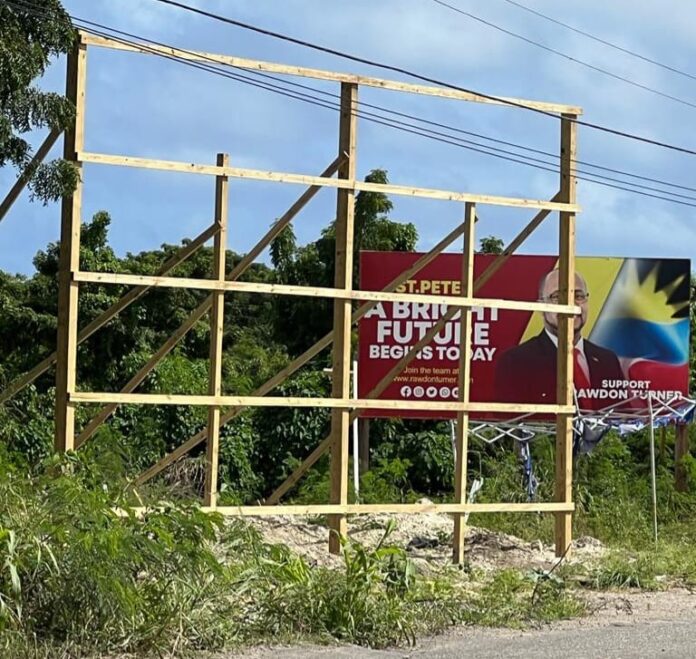 ( Real News ) The Member of Parliament (MP) for St. Peter has been issued with a stop order by the Development Control Authority (DCA) and instructed to remove the billboards he has been erecting in the constituency.

The enforcement notice has been stapled to the billboards, and if the MP fails to remove the structures, they will be broken down.

Two gigantic billboards, about 16 plywood-sheets strong, have been erected at Parham Corner; however, no posters have been placed on them as yet.One of the structures is directly in line with another signboard, painted bright red, that belongs to the Antigua Labour Party (ALP) candidate, Rawdon Turner, and which has not attracted any stop order.

The latter are just the bare frames, but have to be removed, as demanded by the DCA.

One of these billboards was blocking a smaller structure that features a poster of Turner.

There is a seventh billboard in the vicinity of the Transport Board which has been tagged for removal, as well.

“What happen now: They afraid of the competition?” the young woman asks.
It is unclear whether MP Michael received permission from the DCA before erecting his billboards.

But other media outlets report that he sought permission for 66 billboards and was granted approval for 15.
Some of the billboards put up at strategic locations by the Antigua Labour Party have fallen over already, reportedly due to poor construction and strong winds.

Many schoolchildren among 268 killed in Indonesia earthquake
Next Article 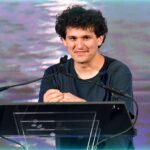