The Barbados Union of Teachers (BUT) is taking the Ministry of Education to task over a number of outstanding issues the union says the ministry has failed to address over the years.

On Friday night  at the union’s headquarters, Merry Hill, Welches Road, St Michael, during the President’s Reception and Award Ceremony, one of the activities held to commemorate Teacher’s Week, president Rudy Lovell outlined multiple issues left unchecked by the ministry.

He said he found it hypocritical that teachers Pedro Shepherd and Alwyn Babb were suspended for running in the January 19 general elections after being accused of acting contrary to General Order 3.18.1 and in contravention of paragraph 2 (h) of the Code of Discipline according to the Ministry of Civil Service, but no one suffered any disciplinary action following the issuing of the controversial survey.

He said that there was a strong possibility that a requirement of Section 8 of the Data Protection Act 2019, that of seeking parental consent, was breached and asked “Do we have two Barbadoses? I, therefore, ask, is there equity in our educational system?”

Lovell said he was also appalled when the Ministry of Education used “tactics geared at coercing teachers” to participate in the Summer Nutrition Programme.

Although he said he commended the effort by the ministry to ensure that less fortunate children were seen after, he opposed the way in which the ministry forced teachers to get involved.

As it relates to the change in the terms and conditions of service of teachers via the introduction of contracts for the post of principal and deputy principals, Lovell said the “contracts are being proposed with absolutely no consultations from METVT (Ministry of Education Technological and Vocational Training) with stakeholders in education and more so the unions,” adding that there were several unanswered questions about the new arrangements the ministry did not acknowledged.

On the matter of school repairs, the BUT leader said “Teachers are being asked to work in conditions that are less than favourable and not conducive to their health or productivity,” noting that “Some of our schools are plagued with structural issues, inadequate lighting, poor ventilation, insufficient and unsuitable bathroom facilities, slippery corridors, and a lack of security, just to name a few”.

Lovell said the union was still receiving complaints about an odour at Lawrence. T. Gay Primary School and there were deplorable conditions at Frederick Smith Secondary School that the union wrote the board of management there about, that were still not addressed.

He also took issue with students having to use chemical toilets at the St James school.

Lovell added that teachers continue to suffer burnout and though there was a legal mechanism drafted to allow them to re-energise after the first 15 years and subsequently after every five years of service, that right was taken away.

He said the ministry made a decision to change the terms regarding the granting of a term’s vacation leave in 2014 and it was challenged in court. However, there was no written judgment. 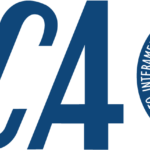 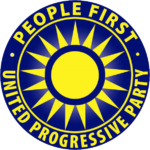 UPP’s housing-development plans will include homes that accommodate persons with disabilities, Thomas promises
Leave a comment Leave a comment