As the country grapples with violence and crime, Roman Catholic Archbishop Jason Gordon believes this scourge can be mitigated by uplifting underdeveloped communities.

He made the comment while delivering the feature address at the Rapidfire Kidz Foundation (RFK) gala dinner in celebration of its tenth anniversary at Achievers Hall, Duncan Village, San Fernando, on Saturday.

Archbishop Gordon said the real challenges facing T&T included the hedonistic culture that had taken over the country, crime and violence and the lack of values that have crept right through the society.

He said that while a common tradition in all religions was care for the poor and vulnerable, care must be more than just a hand-out. He said it must extend to entire communities where underdevelopment for generations had produced very bad life choices for people who had grown up in those communities.

“Something is wrong in a beautiful nation like T&T if we can’t find a way that every community allows every child to achieve their best potential. That has to be our dream that has to be our vision. And when we work towards that, we will not have the gangs or the violence on the streets or the murder rate that we have now. We would dry it up by giving people the opportunities to dream for something much bigger and much better.”

Gordon said the golden rule of all religions to “do onto others that you would have do onto you,” should be made the heart of the value system of T&T.

“We need to rebuild the value system of this nation from the ground up and start with the children and the adults and start asking people the hard questions of whether this is really good values or not. And until values become a watchword within our society, we will not be able to face the more difficult challenges we face,” the Archbishop said.

Last week during his address at the University of T&T’s graduation ceremony at the National Academy for Performing Arts (NAPA), Gordon had also lamented that the rate of crime and corruption in this country was at a dangerous level.

He also noted that the country’s murder rate had been in the top seven in the world.

There have been more than 521 murders for the year so far.

Recently, the nation was shocked by a video showing pupils of Rose Hill RC Primary School in Laventille lying on the floor of their classroom while ducking under desks, with their teacher urging them stay down as gunshots rang out near their school. Last Friday, students of Anstey Memorial Girls Anglican School in San Fernando were also left traumatised after a man shot his wife and himself near the school. There have also been several incidents of school violence across the country.

Also speaking at the event, RKF president Kevin Ratiram thanked his team and everyone who supports them, including sponsor Atlantic LNG and service provider See-Vu Optical.

Saying the journey had not been without its challenges, he recalled that the idea for the foundation was sparked through the lyrics “Gunmen gone astray” by Machel Montano and Benjai’s Amnesty song back in July 2012.

He said, “I said then that the song and the lyrics were reflective of what was happening to Trinidad and Tobago and I felt that it was time that we, the good people, stood up to save our country.”

While some people live a privileged life, he said, many faced untold challenges and need to be helped and not criticised and abandoned. He noted that two of the foundation’s major activities are their Eyes Right Project, where 957 glasses were given to school children and their children’s playpark at Palmiste Park, San Fernando. 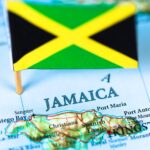 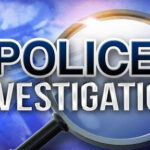