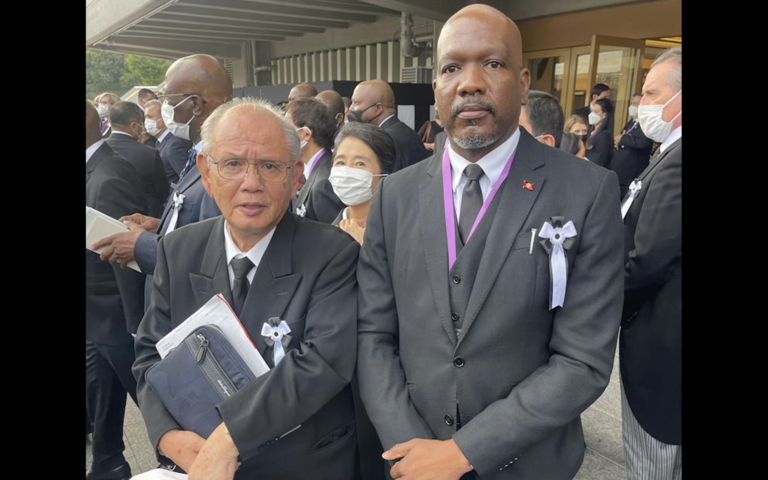 Minister for Education and Sports the Hon. Daryll Matthew was among thousands of guests and global leaders from Japan’s closest allies who attended the state funeral on Tuesday of former Japanese Prime Minister Shinzo Abe who was assassinated in July this year.

Minister Matthew represented the government and people of Antigua and Barbuda at the funeral of the 67 year old politician who was shot twice by a homemade gun in July, which shocked Japan which is unused to gun crimes or political violence.

Minister Matthew, who was accompanied to the funeral by Antigua and Barbuda’s Honorary Consul in Japan, Hiroshi Sato paid his respects to the widow of the late politician, Akie Abe and also conveyed the condolences of Prime Minister the Hon. Gaston Browne to Prime Minister Fumio Kishida of Japan.

In expressing condolences in an official message to the government of Japan in July, Prime Minister Browne stated that the Government and People of Japan have been very kind to the people of Antigua and Barbuda.

Minister Matthew said that he was pleased to show Antigua and Barbuda’s respects at the State Funeral.

Japan and Antigua and Barbuda have had very strong bilateral relations for over forty years from since independence.

Japan has helped to build capacity in a number of areas to include the construction of  the fish landing and distribution facilities throughout Antigua and Barbuda. 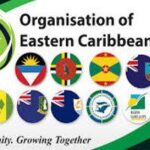 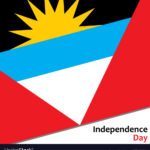