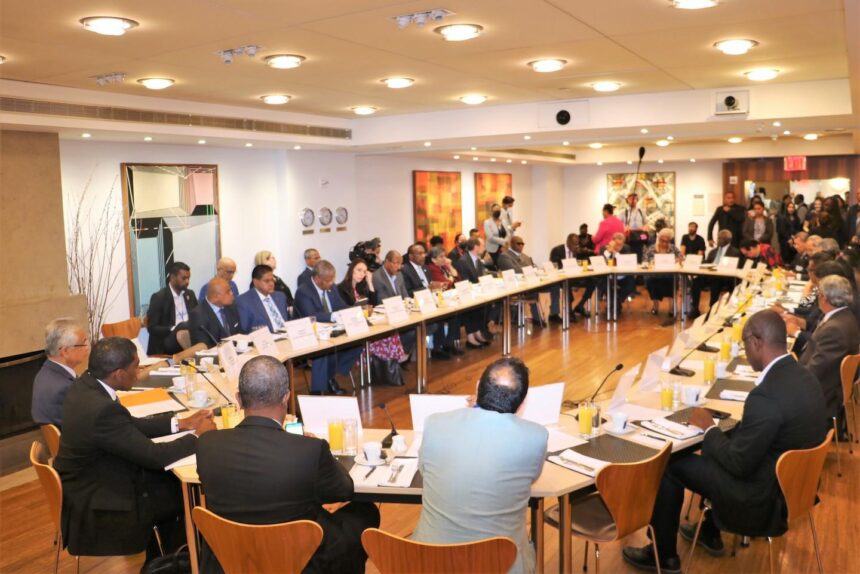 On Thursday, Prime Minister Browne convened a meeting of Heads of States and Governments of SIDS from the Caribbean, Pacific, the Atlantic, Indian Ocean and South China Sea to discuss issues that have commanded their unceasing attention as they continue to deal with the devastating consequences of climate change.

The Leadership Breakfast, held on the margins of the 77th United Nations General Assembly now taking place at the United Nations in New York also focused on advancing discussions at the UN on the creation of a Multidimensional Vulnerability Index (MVI) for SIDS.

Joining the leaders for the opening segment was the Prime Minister of New Zealand, Jacinda Adern, whom Prime Minister Gaston Browne praised as a ‘tireless supporter of SIDS.’ Also in attendance was Antigua and Barbuda’s Minister for Health and the Environment Sir Molwyn Joseph.

United Nations Secretary General Antonio Guterres, in a recorded message, shared with the meeting, the urgency in making the financing for Loss and Damage an agenda matter at COP27. “We need a targeted, ambitious global response – including how to finance loss and damage, beyond our capacity to adapt. Polluters must pay,” the Secretary General declared.

“Grants and concessional financing currently fail to account for your islands’ unique vulnerabilities,” Guterres acknowledged, while throwing his full weight of support behind AOSIS members in their bid to “ensure eligibility and access to finance.”

Prime Minister Browne expressed his appreciation for the support he has received during his government’s tenure as Chair of AOSIS that has so far allowed for a number of triumphs.     “We have a few more months remaining and will advance additional initiatives that will crystalize our achievements,” he further added.

Prime Minister Browne who is also Co-Chairing the UN High Level Panel on the MVI, declared to SIDS leaders that the MVI can potentially be a game changer that can very well shift the fortunes of small island states.

The MVI seeks to take into account the particular vulnerabilities of SIDS in determining their qualifications for concessional financing to help their recovery efforts following a crisis.

During the Heads meeting, Prime Minister Browne urged small states to continue to be united  in their determination to ensure that the international community agrees to lasting solutions to the challenges facing SIDS.

On Friday, Prime Minister Browne will present Antigua and Barbuda’s statement to the General Assembly at 15:00 HRS (3 pm).  The statement will be broadcast live via https://media.un.org/en/webtv/ , Office of the Prime Minister Facebook page https://www.facebook.com/OPMAntiguaBarbuda   and ABS TV and their various media platforms.  (Ends) 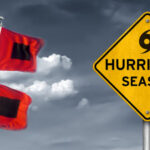 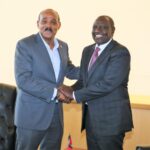 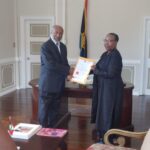 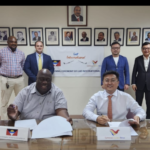 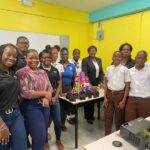 2 hours ago
@robertmaclean Thank you for getting in touch. It looks like you are inquiring about the ‘Placeit’ service, their… https://t.co/AdjSV8WDZB

2 hours ago
@RageKingX Thank you for bringing this to our attention. We will have this passed to the correct team for review. Best regards, E

Oct 3, 2022
@RageKingX Thank you for reaching out. May I ask which of our Envato platforms you are having trouble with? I look… https://t.co/P2wg7oiQLP