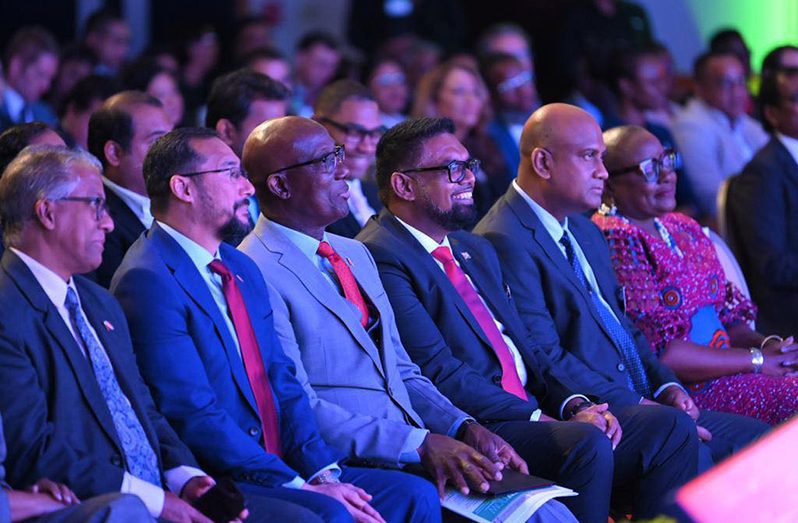 (GuyanaChronicle)policymakers have a critical role to play, says President Ali

PRESIDENT, Dr. Irfaan Ali, on Monday, urged policymakers in the Caribbean to be realistic about renewable energy ambitions and to consider that countries may have to use natural gas to facilitate their energy transition.

He was at the time delivering the feature address at the Trinidad and Tobago (T&T) Energy Conference which was held at the Hyatt Regency in Port of Spain.

He told the gathering that while there is an energy plan, the gestation period between the development of the plan and the approval of the plan requires a revision since it took some six years to formulate, and a lot has occurred since then.

“During this period, we hear a lot of lofty ambitions in the region as to how we will get greener and cleaner in the production of energy but are we really moving apace with what the global standards and our own commitment is to the world? And what are the binding constraints that are preventing us from achieving those targets, and are these constraints expected to get better or worse as we navigate the future?” he questioned.

He said that these are the “key questions” in answering the problem of the remaining life of fossil fuel and natural gas.

“When we have this open and honest conversation, then you will see how lopsided the argument is in relation to the end of fossil fuel and natural gas. You see, the world is in the midst of a global energy crisis, a global food crisis and a global climate crisis, but at the centre of all of these crises lies energy because energy is the backbone through which everything revolves,” he said.

He explained that the Coronavirus pandemic and severe climatic conditions have brought tremendous challenges such as imported inflation for every country in the world.

“We have seen the rising costs of energy, oil of course, [and] recently, the rising cost of gold too, which is good for us in Guyana. But we have seen some strange movements also. Whilst this crisis is coming at us like a tsunami, we’re seeing some strange movements, in my view, not rooted in facts and reality, but rooted in a policy agenda driven by a few countries,” he said.

Against this backdrop, the Head of State noted that he has seen an unwillingness to lend to companies operating in the oil and gas industry as well as the effects of capital increases for such companies.

“If you increase the cost of capital and make capital less available to investors, whenever they get the capital to invest, they will also increase the cost of the product because they also have to get back their investment. And who suffers at the end of the day? It is the consumers. It is the people who will suffer. It is all the industries that are supported by the energy sector that will suffer.

REALISTIC APPROACH
He said there is need for a very strong statement coming from both the industry and governments that is balanced and rooted in the reality of the world we live in.

“Those statements must be loud, they must be responsible, but they must be in keeping with the realities that we face as a global community. That is important,” President Ali emphasised.

He explained that the war in Ukraine has compounded the issue that we are faced with today. He reminded his audience that the Caribbean region went through an energy crisis in the 70s. However, this cannot be equated to the pressures being experienced today since it is now “multidimensional” with natural gas, oil, coal, electricity, food security, an important part of the energy crisis, and climate change, he pointed out.

“This is the reality. This is not guesswork; this is the data,” President Ali said as he turned the conversation towards how we can move away from coal usage.

“Of course, during this period, we had record prices for natural gas and on that note for the security of this region, for the energy needs… I once again reinforce the call that every country in the region with potential in natural gas should be allowed to explore that potential to its fullest aggressively to ensure the energy security of this region.

CRISIS SITUATION
He explained that higher energy prices for both developed and developing countries mean higher electricity costs and increases in transportation costs and consumables.

According to the Head of State, this situation has pushed many families into poverty and food insecurity. Additionally, this has also forced some factories to curtail production or shut down operations, which slowed economic growth to the point where some countries are heading towards a severe recession.

“This is the reality of the world we live in, of the region we live in, as a result of an energy crisis. That is plainly what it is. Many times, when you think about food insecurity and hunger, our minds automatically are programmed to look at Africa,” he added.

He said that the government’s responsibility is to create the overarching framework to create the vehicle and mechanism through which policies and relationship building that enables the private sector to make informed decisions in this energy transition.

“We live in a region that is blessed with some countries with tremendous potential in resolving our energy requirements,” he said.

President Ali explained that an enormous opportunity for a holistic conversation on securing our energy requirements for the region along the corridor, both in demand and supply is the type of conversation and framework that policymakers should adjust their minds to.

“… We can safely say that in this region fossil fuel and natural gas has a long future ahead of us. It’s not a big scientific analysis that is required. It is based on what is before us. So, the conversation is, how do we take this reality in the context of building a global system and world that moves towards net zero?” he said.

The Head of State told the gathering that Guyana has already started to track this course through the recent signing of an end-user agreement in carbon credit sale to HESS. In December, Guyana signed a multi-year agreement with Hess Corporation for at least US$750 million.

He added that while still very capital-intensive, renewable energy must be pursued. $40M recovered by Labour Ministry for aggrieved employees
Next Article 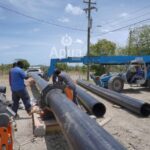 53 mins ago
@DamienSwaby Thank you for the information. I was able to confirm a colleague has responded. I will now be closing… https://t.co/S0ftgj0tfj