Some supermarkets may stop selling cigarettes at their establishments after a law prohibiting how tobacco products are displayed is being enforced after many years.

Cigarette dispensers advertising each brand available would have been a regular feature at any of the cash registers in some of the bigger supermarkets.

This gave the consumer the option of making a purchase no matter which register they chose.

However, smokers would have noticed that since Monday, those products are now only available at only one dispenser in the store.

This follows a memo sent on September 22, from the West Indian Tobacco Company Limited (WITCO) to retail stores which said, “Please be advised that with effect from Monday 26th September 2022 all retail outlets are prohibited from having more than one cigarette dispenser in use at each location.”

The message went on to site Section 9 (4) of the Tobacco Control Act which states, “No more than one cigarette dispenser shall be provided per outlet.” This Act was amended in 2012 and therefore is by no means a new law. WITCO advised the stores to not only remove the products from the other dispensers but to ensure that the logos and posters of the companies be removed as well from the empty displays.

Guardian Media sought clarification from the Ministry of Health’s Tobacco Control Unit as to why the law is now being enforced. However, all calls to the Unit went unanswered as did questions sent via text message to Minister Terrence Deyalsingh.

But while the stores Guardian Media visited yesterday were already compliant, the Supermarkets Association of Trinidad and Tobago (SATT) has some concerns.

“This has implications to frustrate the sale to consumers and it will drive a thriving parallel trade with roadside vendors, supermarkets may find it very hard to push sales because remember, these cigarettes are particularly expensive and when have concerns about pilferage and shrinkage, we would not want to sit on stock,” SATT president Rajiv Diptee told Guardian Media.

Diptee said some of his members are considering coming out of the business of selling cigarettes altogether if this continues.

“The likely effect is that enforcement will not make smokers stop smoking, but rather, push consumers away from those retail outlets who are selling legitimate product to others within the industry who do not adhere to the law,” said External Relations Manager, Gervon Abraham.

Abraham said while the company fully supports the Government in its effort to regulate the industry, “we do not believe that this rule will have the overall desired effect which is a reduction in the demand for tobacco products generally.”

The WITCO manager said the people who will benefit the most from the measures are sellers who evade taxation and the regulations as it relates to health warnings.

WITCO said discussions with the Health Ministry are ongoing. 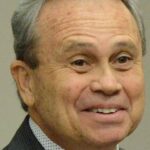 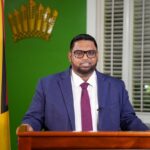