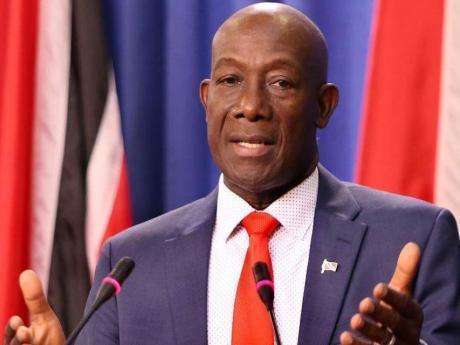 Prime Minister Dr Keith Rowley says he always knew Jack Warner’s involvement with FIFA “could and would be an embarrassment to T&T.

”Rowley’s comments came days after the Privy Council ruled that the former FIFA vice president can be extradited to the United States, to face corruption charges.

Speaking on Sunday at the annual general meeting of the PNM’s Women’s League held at the Achievers Banquet Hall in San Fernando, Rowley recalled that his first order of business when he became Opposition leader in 2010, was to oppose the selection of Warner into the T&T Cabinet

.“I took objection to Jack Warner being appointed to the Cabinet of T&T. The reason being…not that I had a problem with people electing him, the people can elect who they want to elect to serve them… but I made the point that when you’re talking about a Cabinet member, you cannot have a gentleman who had that kind of reputation and worse, a job at FIFA,” Rowley said.

He added: “I told this country that his involvement at FIFA could and would embarrass T&T. I need not say anymore. But I will tell you one thing, he is confident that he has the love and affection of the people of T&T. I’m glad for him!

”Rowley said it was Opposition Leader Kamla Persad-Bissessar who elevated Warner to the position of acting Prime Minister of T&T.

“So today when all the movies are being made about international crookery, T&T features prominently because we were put out there among them. They don’t like it when we talk about it. But we have to confront our own demons,” Rowley said.

Speaking about the issue of crime, Rowley called for the weeding out of all rogue cops. He also said that those who protect criminals at the level of the family should examine themselves.

“You talk about low levels of detection in this country and it is true. Crimes are being committed and the police have to find out who did the crime. But the one thing we must confront is where these murderers come from. Who are they? Where do they live? Are they part of your family? Are you withholding information from the police? Do you know who has the guns?

”The Prime Minister said families often cover up for these criminals.

He also slammed the public officials who were supporting white-collar crime.

“Some of them are in Customs. Imagine, there is one job available now. The officer is going to retire and people don’t want the job because junior officers who are facilitating the passage of illegal goods, are threatening them. Even before they go into the job, they are threatened and the Cabinet has no control over them because they are the subject of the Public Service Commission, over which the Cabinet has no control,” Rowley said.

He noted that the Government also had no control over the Police Commissioner.

“There are limited interventions that the government can make because the Police Commissioner is an independent officer. He is an accounting officer, so once we give him monies from the Treasury what happens to the money is entirely up to the Commissioner with respect to promotion, demotion and discipline, the Cabinet has no role whatsoever,” Dr Rowley said.

Saying T&T is “going through a situation of unacceptably high levels of crime,” Rowley said National Security remains a top priority of the Government.

“We are now installing around the country 2,500 cameras which will assist the police in seeing who goes where and who might have done what. Under Minister Kazim, we added hundreds of police officers in the municipalities,” Rowley added.

He also took umbrage at fellow PNM members for filing a claim in the High Court to stop proposed changes in the PNM’s internal election process.

The internal elections are scheduled for November 26, 27, and December 4. 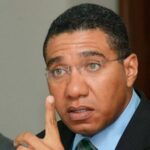 Jamaica increasing engagement with US authorities in crime fight, says PM
Next Article 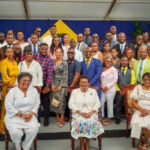