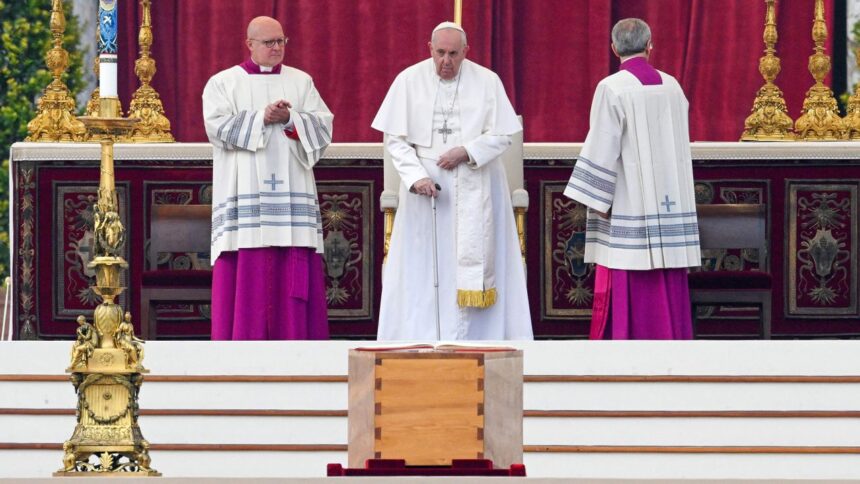 Pope Francis paid tribute to his predecessor former Pope Benedict XVI Thursday, in a funeral attended by tens of thousands of mourners at St. Peter’s Square.

The funeral marked the first occasion in modern times that a pontiff had presided over the funeral of his predecessor. Benedict, the first pontiff in almost 600 years to resign his position, rather than hold office for life, died aged 95 on December 31 at a monastery in Vatican City.

It was an occasion characterized by simplicity, as per the wish of the former pope. “It’s difficult to have a simple service in St. Peter’s Square, but I think it was,” Father James Martin, a Jesuit priest, writer and editor, told CNN’s Max Foster and Bianca Nobilo on CNN Newsroom.

“You have to have some pomp and ceremony for a former pope, but I think within the guidelines of what Pope Emeritus Benedict wanted, it succeeded very well.”

About 50,000 people attended the funeral in St. Peter’s Square according to Vatican spokesperson Matteo Bruni, compared with an estimated 1.1 million people for the funeral of Benedict’s predecessor, Pope John Paul II. There were 500,000 people in St. Peter’s Square and the surrounding area in 2005, and another 600,000 who watched on video screens in other parts of Rome.

John Paul II’s funeral was the largest gathering of heads of state ever outside the United Nations. Delegations included nine monarchs along with 70 presidents and prime ministers.

Over the six days between John Paul II’s death and his funeral, an estimated 3 million people came to pay their final respects. Each hour, 21,000 people passed through St. Peter’s Basilica. The average wait to see the pope was 13 hours, and at its maximum the line was 3 miles long.

Dignitaries and religious leaders lined the square on Thursday, which can seat approximately 60,000 people, for the ceremony. Prime Minister Petr Fiala of the Czech Republic, was among those in attendance, according to CNN affiliate CNN Prima.

The ceremony was similar to that of a reigning pope but with some modifications. Benedict was named pope emeritus during the funeral, and the language of some prayers was different because he was not the reigning pope when he died.

Francis started leading the mass Thursday morning, during which he gave a homily at about 10 a.m. local time (4 a.m. ET). Members of the crowd later took part in a Communion.

“God’s faithful people, gathered here, now accompanies and entrusts to him the life of the one who was their pastor,” Francis said as he delivered the homily.

“Like the women at the tomb, we too have come with the fragrance of gratitude and the balm of hope, in order to show him once more the love that is undying. We want to do this with the same wisdom, tenderness and devotion that he bestowed upon us over the years. Together, we want to say: ‘Father, into your hands we commend his spirit.’

“Benedict, faithful friend of the Bridegroom, may your joy be complete as you hear his voice, now and forever,” Francis added.

Benedict’s coffin was transported through the Basilica and will be transferred to the Vatican crypt for the burial, in the first tomb of John Paul II. The tomb was vacated after John Paul II’s body and remains were moved to a chapel inside the Basilica after he became a saint.

As Benedict’s coffin was carried to St. Peter’s Basilica, many members of the crowd could be heard chanting “Santo Subito,” which is a call for the Pope Emeritus to become a saint immediately. 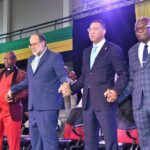 51 mins ago
@DamienSwaby Thank you for the information. I was able to confirm a colleague has responded. I will now be closing… https://t.co/S0ftgj0tfj