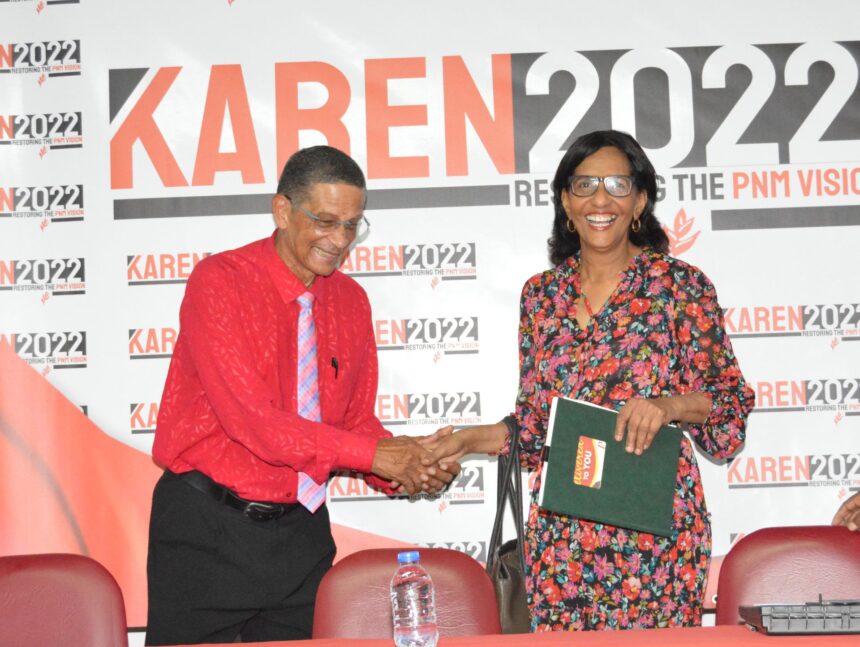 People’s National Movement (PNM) political leader candidate Karen Nunez-Tesheira and two members of her slate for the party’s upcoming internal elections have filed a lawsuit over a move to host the election over three days. In their breach of contract lawsuit, filed this weekend, Nunez-Tesheira, Dr Kenneth Butcher, who is vying for the post of chairman, and Bishop Victor Phillip, who is contesting the post of election officer, are claiming that the party’s central executive breached the party’s constitution by deciding that the election should be contested on three separate days over a nine-day period (November 26, 27, and December 4) instead of on one day.

“The claimants contend that such a decision is equivalent to an amendment of the Constitution, which authority the Central Executive does not possess, and which therefore renders its action unconstitutional, null and void, and of no effect,” their attorney Peter Taylor said in their court filings.

Taylor suggested that such a change could not be done by the central executive or even the party’s General Council as it required approval during the party’s annual convention.

“The decision to change the election from the time-honoured ‘election day’ to span a nine-day period is a fraught exercise more so since no justifiable reasons have been proffered to the membership for such a change, which is without precedent anywhere in the Commonwealth or in jurisdictions throughout the world that observe and adhere to democratic conventions and practices and to the observance of the rule of law,” Taylor said.

In the correspondence, Taylor also pointed out that when the decision on the election dates was announced, PNM chairman Colm Imbert also announced deadlines for the publication of the final membership list. However, Taylor claimed that the list was not published as promised and polling cards, similar to those used in national elections, have not been issued. He also pointed out that the preliminary list published in August did not contain the telephone numbers and email address of members needed for verification and canvassing.

“The claimants contend that the Elections Supervisory Committee’s conduct to exclude the Claimants from or deny the Claimants access to the contact information of the eligible electorate while incumbent contestants or opponents enjoy such vital information for canvassing, is unfair, irrational, and without good faith, as it seeks to undermine the legitimate contractual interests of the Claimants in bad faith,” he said.

Taylor also sought to challenge the central executive’s authority to appoint the committee chaired by Anthony Roberts to oversee the election. “The claimants challenge the genuineness of the independence of the Elections Supervisory Committee and contend that in the circumstances, it is only rational and in good faith that all persons who oversee and/or have conduct of the Electoral process to wit, the Returning Officer and all presiding officers must be persons who are not members of the defendant,” Taylor said.

He claimed that after his clients wrote to the committee last month to raise their concerns with the electoral process, Roberts sought to “sidestep” responding to complaints over the election dates. Taylor also challenged Roberts’ statements over how ballot boxes would be secured before the last day of voting and the eventual final count. He claimed that Roberts’ admission that the boxes would be kept at a secret location and would be escorted by police officers was concerning as such a move lacked transparency.

Taylor also pointed out that Roberts did not identify the locations of the polling stations for the election. Through the lawsuit, Nunez-Tesheira and her colleagues are seeking a series of declarations over the handling of the election. They are seeking orders allowing their representatives to be present when the ballot boxes are being transported and for when the votes to be counted immediately following the close of voting.

They are also seeking an order postponing the election for 21 days in the event that they are successful in their urgent substantive case and receive the declarations and orders. The case, which was filed against current PNM General Secretary Foster Cummings, on behalf of all the members of the party except the claimants, was assigned to High Court Judge Devindra Rampersad.

Guardian Media understands that Rampersad had not set a hearing of the case, up to late yesterday. Nunez-Tesheira and her colleagues are also being represented by Egon Embrack. 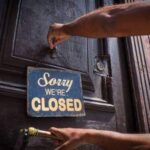 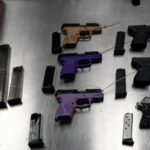