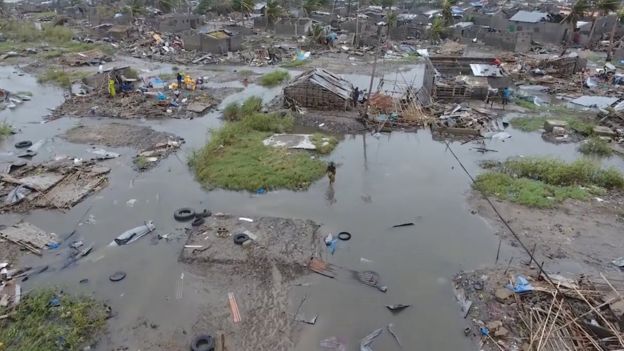 History is repeating itself along the Manzanilla-Mayaro Road on Wednesday as floodwaters cross the roadway, causing a partial collapse – an event that occurred nearly eight years ago. In November 2014, multiple homes and areas of the road were damaged as waters from nearby rivers and the Nariva Swamp flowed freely into the Atlantic Ocean. Significant coastal erosion also occurred, which is happening yet again this week. T

he Manzanilla-Mayaro Road is now impassable to most motorists, particularly smaller and lower vehicles, due to significant flooding with waters up to three feet in some areas. Multiple times this past month, various points of this 20-kilometre stretch of road connecting Sangre Grande, Manzanilla and Mayaro experienced prolonged floods. Flooding has been reported at El Socorro South at El Socorro Extension #2, where Ministry of Works and Transport pumps are working to mitigate rising water.

Flooding is also ongoing along Madras Road, St. Helena, marking the sixth time for the year and the fifth time in just over a month that residents have been dealing with prolonged riverine flooding. Eastern Trinidad remains the most affected area with flooding reports from the Toco Main Road at Vega de Oropouche near the North Oropouche River, Valencia Road toward the Toco Main Road, and Fishing Pond Road near Seecharan Road and Gordon Miller Land Settlement which has become impassable to smaller and lower vehicles. Fallen trees have also been reported at Fishing Pond Road, Sangre Grande; Toco Main Road, Sangre Grande; Paria Main Road towards Grande Riviere, with landslides reported in this area as well. Landslides also occurred at Skinner Trace, Siparia, which caused a partial collapse of the roadway, prompting a diversion of non-local traffic. Persisting rainfall over the last two weeks has led to very saturated soils across much of Trinidad, with the latest rains this week pushing many rivers to their limit.

Once the capacities of major rivers cross 80 per cent, smaller tributaries and low-lying areas surrounding large rivers begin to flood. Trinidad and Tobago remains under an Adverse Weather Alert (Yellow Level) until 8:00 PM today, according to the Trinidad and Tobago Meteorological Service’s (TTMS) Alert #1. In the alert, they warn, “There is also a 70-80% (high) chance of heavy showers and thunderstorms that can produce intense rainfall between 25-50 mm and in excess of this amount in isolated areas.

Gusty winds in excess of 55 km/h may be experienced, especially in the vicinity of heavy showers/thunderstorms. Street/flash flooding and localized ponding are also likely in heavy downpours. Seas can become agitated at times in sheltered areas. Landslides/landslips are also possible in areas so prone.” The Caroni River Basin and its tributaries are also under a Riverine Flood Alert (Yellow Level) until 8:00 PM today from the Met Office.

According to the TTMS’s Alert #2, “River levels along the Caroni River are currently above 80%. With periods of heavy showers still likely over the next 24 hours, this additional rainfall can keep the river levels elevated, so there remains a moderate risk to public safety, livelihood and property.” 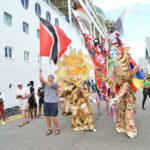