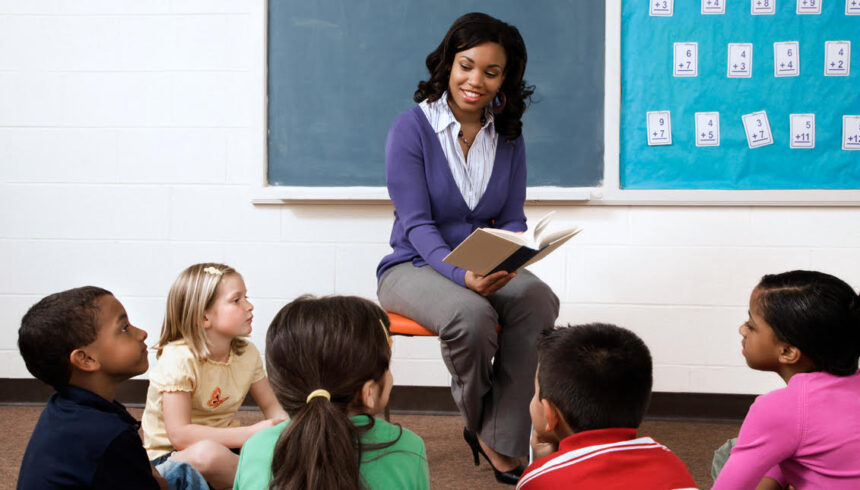 Jamaica has been ranked second out of 177 countries on the 2022 edition of the human flight and brain drain index, published in the GlobalEconomy.com. It would appear that teachers are not the only professionals who feel the need to migrate. My question is: What are the factors pushing and pulling Jamaicans away from Jamaica?

Data provided by the Statistical Institute of Jamaica (Statin) in November 2021 revealed that Jamaica’s “net migration” numbers amounted to 269,991 from 2002 to 2019. Carol Coy, director general at Statin, explained net migration as the difference between the number of immigrants (returning residents and foreigners moving in) and the number of emigrants (people leaving) over a particular period of time. This makes one wonder why so many citizens do not view Jamaica as a place to live, work, and raise their families.

TEACHING SEEN AS A WAY

Having grown up in a low-income household with a single mother, I knew from very early in life that education was the path to success and a better life. I saw it as a way out of lack and “brukness”, a way out of, and a way upward. I worked assiduously to change my circumstances because I saw that, if I am educated, I can transform my life and the life of others. I can declare that one cannot be educated and remain the same. One’s speech, attitude, and way of living will change.

I believe in the behaviourist learning model which sees learning as a change of behaviour. Therefore, I apply that to my life, and I translate it as follows: “If there is no change, then learning has not taken place.” I wanted the change, but I never knew that my way out and up would be through teaching. I persevered to develop as a teacher, and I did so optimistically, believing that I would earn a living and would be independent enough to live on my own, own a home, drive a car, and meet my financial expenses. I recognise that many of my student teachers come from similar backgrounds and have a similar vision as mine.

In an effort to share the experiences of teachers who have migrated, I spoke with three teachers and this is what they had to say.

Antonette (not her real name), a graduate of a teachers’ college in the Corporate Area, who migrated immediately after the completion of her studies, explained why she decided to leave Jamaica to teach English in Japan.

She made it clear that she decided to migrate immediately after college because when she projected a budget based on the teaching salary she realised that certain necessities for living, such as paying for utilities and repaying student loans, would be difficult on a teacher’s salary. She also realised that she wouldn’t receive a full salary until she received her degree. For several months of teaching she would have to live on a partial salary of $50,000 to $60,000 a month. In her opinion, this was really unfeasible and a situation that was untenable.

Antonette was able to pay off her student loan in her first year of teaching in Japan. She was also able to repay her father, from whom she had borrowed money to help her to start her life in Japan. The situation was not a comfortable one, but her main goal was to pay back those who had made her opportunity to teach and migrate possible.

She also described her experience teaching in Japan, in terms of the non-monetary benefits. She expressed how the children in Japan were well mannered and showed a deep respect for their teachers. Antonette described her pleasure seeing students who lived with one parent, but both parents, although separated, were very supportive and involved in their child/children’s learning. When parents’/teachers’ meetings were called, both parents were present.

She also described the support she received in the classroom. As a trained teacher she was assigned a Japanese assistant teacher who worked with her in the classroom. In relation to resources, she stated without hesitation, that “there is more than enough”. Antonette spoke of the class sizes, which were large (35-40 students), but not an issue, given the level of discipline and self-determination of the students. The culture is such that “they must do their work”, she said.

Antonette chose to leave Japan because she wanted to be in a situation in which she could communicate easily with her students and help them learn even more. She felt limited just teaching them English. She is now teaching English in the United States.

TEACHING IN THE CAYMAN ISLANDS

Sandra (not her real name), a graduate of a teachers’ college in the Corporate Area, listed the following as the push to leave Jamaica and teach religious education in the Cayman Islands.

She explained that she was seeking a lower cost of living and an escape from the bureaucratic red tape and persistent crime and violence. She was also frustrated with the limited access to technology in the classroom. In addition, she wanted international teaching experience and an opportunity to provide her children with more educational options. She further explained that her salary of CI$5,000 per month, in addition to her husband’s CI$3,700, was more than sufficient to live comfortably and save to meet their goals.

Sandra described her teaching experience in Cayman as having its challenges. “Some of the students had a negative attitude to learning, which led to behaviour issues,” she said. The learning environment was usually an open-concept space, with studying of varying learning styles and abilities. This kept her working very hard to differentiate instruction and maintain effective classroom management strategies.

In Cayman, teachers who are not Caymanian work on two-year contracts. Without the confidence of job security and a clear future for her daughter’s residency in Cayman, Sandra and family decided to leave.

She is now working in Canada as a learning coordinator. Canada has offered a more permanent option with better educational opportunities for her children.

Jerome (not his real name), a graduate of a teachers’ college in the Corporate Area, specialised in geography and now resides in the United Kingdom.

Having taught in the Jamaican education system for three years, Jerome felt it necessary to migrate. For him, leaving was simply to realise his dreams in a more timely manner. He explained, “I felt unappreciated at my workplace. The salary was too low. I realise that it would be very difficult to be successful [achieving certain goals with a teacher’s salary]”.

In preparing to migrate, he expressed how difficult it was because it was expensive to pay all the fees, such as visa, health insurance charges, and other bills. However, after migrating and settling, he was able to save, repay loans, and start working on his house in Jamaica.

Jerome pointed out that he and his wife are teachers and are living comfortably in the UK. Another benefit is that their daughter’s education will be free when she is five years old.

In describing other benefits of teaching in the UK, Jerome explained that a laptop is provided, even if you own one. Each classroom has a smart board and you can get as much printing done as possible for your classes. Some teaching resources are also provided, which may lessen planning.

However, all is not smooth sailing when teaching in the UK. Jerome explained how one has to be “mentally tough” as in some schools the students’ behaviour poses a great challenge to discipline and effective classroom management. Although, he added, this is not the case at the schools where the administration is excellent. Jerome also highlighted another benefit which was the option of being able to change schools after a year.

THE BENEFITS OUTWEIGH THE CHALLENGES

In looking at the experiences of these three young Jamaican teachers who have migrated, it would appear that the opportunities for a better income, professional growth, and family members are key factors that contributed to their decision to leave Jamaica, land they love.

They made it clear that the cost of living in Jamaica is very high and, sadly, a teachers’ salary does not allow one to live comfortably and achieve certain economic goals in a timely manner.

The benefits for self and one’s children were very attractive in the countries they chose to make their new home. Although there are several challenges overseas, the benefits still far outweighed the challenges. As the Jamaican proverb states, “Stay pa crooked and cut straight” in order to realise your dreams.

Nattalie McKenzie is a senior lecturer at Shortwood Teachers’ College, a PhD candidate in educational leadership and management, and coordinator of student services. Send comments to the Jamaica Observer or nattsmckenzie@yahoo.com.

Not a moment to waste: Small island states must defend themselves

A dangerous world for children 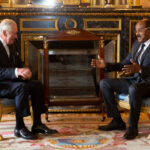 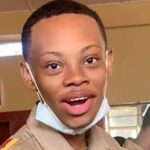