( Real News Antigua ) An attempted suicide that involves a 29-year-old woman from Cashew Hill is under investigation.

Reports say that a friend of hers telephoned the Criminal Investigations Department (CID) and reported that the Jamaican woman had tried to kill herself by ingesting a quantity of sleeping pills.

Accordingly, the woman had to be rushed to the Sir Lester Bird Medical Centre, where she was admitted and is being treated.

A source says the Police visited the hospital in an effort to interview her while she was in the Emergency Room; but their attempts were initially futile, since she made no reply to the questions asked.

Reportedly, there were no physical injuries to the woman’s body.  However, the friend who reported the incident to the Police said she had met her in the house unresponsive and called the Emergency Medical Services.

Allegations are that the victim told her friend she had received a phone call from her two children, who are in Jamaica, and they reported being abused by a family member and threatened to take their life.

The Police reportedly removed from the woman’s home a brown paper bag containing the drug Diazepam 10 mg and a knife.

This incident reportedly occurred at about 2:39 p.m. on January 4 at Cashew Hill. 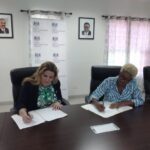 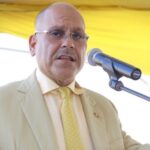 48 mins ago
@DamienSwaby Thank you for the information. I was able to confirm a colleague has responded. I will now be closing… https://t.co/S0ftgj0tfj