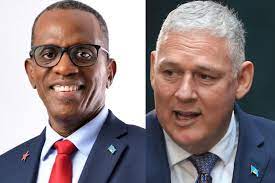 Opposition leader Allen Chastanet has criticised Prime Minister Philip J. Pierre over fuel prices which he declared are the highest in the OECS.

According to Chastanet, this has been the case for the greater part of the year.

“Can you imagine that fuel in Grenada is $5.08 cheaper per gallon than it is here in Saint Lucia?” The former Prime Minister stated in a Facebook post.

Chastanet said he remained baffled by the Saint Lucia government’s reluctance to institute policies to make fuel cheaper for the public.

“The Prime Minister continues to shout that he cares, but his actions or lack thereof prove otherwise. Why is he allowing the price of cooking gas to remain so exorbitant? When does he plan to remove the $1.50 excise tax on fuel for fisherfolk like he promised during the election?” The Micoud South MP wrote.

As of Monday, adjusted fuel prices in Saint Lucia were as follows:

The subsequent retail price adjustment of fuel products will be on Monday, November 28, 2022. 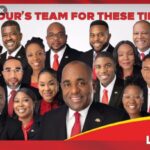